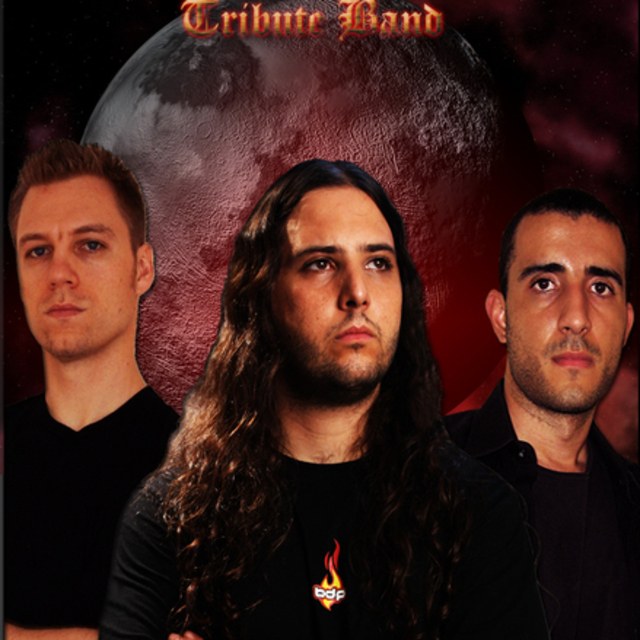 Sex Drugs and Rock n' Roll is a three piece Rock Metal Tribute band and it was formed in 2009 when Murilo Rassi (Guitar/Solo/Vocals) and Marek Flenger (Bass/Backing Vocals) met in Guildford on 2008 searching for musicians on a web site and saw their potential together. They soon became friends and started working together to do a very energetic and enthusiastic cover band that would entertain the audience with great passion and good music. Murilo Rassi and Marek Fengler are very experienced musicians with years on the road being very respected and stabilised in theirs respective countries of origin. For their first gig they invited the English Drummer Richard Hartley to do a gig in London at The Gregorian in Bermondsey, where they did their first gig and it was very well accepted by the public who had a great time. On the band second performance they performed at The Starr in Guildford and they hired the Brazilian Drummer Diogo Sertao for that performance and they did very good entertaining on that great night. In 2010 they had a break of gigging to set up their own based studio for recordings and rehearsal which got ready to rock. After two years experience together and all the necessary equipment and transportation were gathered and they started recording and producing cover music to show on myspace website, so the public and the venues will know what they will see apart from the great atmosphere that only a great live gig can give you. In between the Studio construction Murilo Rassi met Richard Carpenter (Drums) at the Sussex University where they both do Biochemistry together and so they developed a friendship and started working together for months to achieve a very good level of performance and musicality. The Band is getting in a new level of experience a really good material is coming to entertain everyone with Classics of rock of all times ranging from the 50's to 2011 with a history of rock that shows the progression of rock and roll to heavy metal. We are a multicultural band: Murilo Rassi (Brazilian), Marek Fengler (Polish) and Richard Carpenter (English). We all love the British Classic bands and we expect to give our audience a very good night full of good music and a great atmosphere where everyone can and will have a good time. The Band will to follow a simple contract where we both parts sign and we both agree and do as the contract says, respecting our pub contractors and doing a professional work. We are happy to bring you a very high standard gig with the greatest names in rock and heavy metal. We are very serious about giving the audience a great time and being highly entertaining. We are happy to charge just a very reasonable rate for our 3 hours performance including our PA system and amplifiers....times are hard and we want to find a frequent job to perform.

We have a private recording and rehearsal room in Guildford, with all equipment needed, including Drum Kit with a Pearl Double Kick and a set of Plates, We have the guitars and bass amplifiers and a PA system of 2000 watts and 2 Stage monitors for us. all we need is someone as good as we are, committed,trust worthy, local, reliable, and willing to gig around London, Sussex, Kent, surrey, for paid gigs. we also have our original that is soon gonna be released.