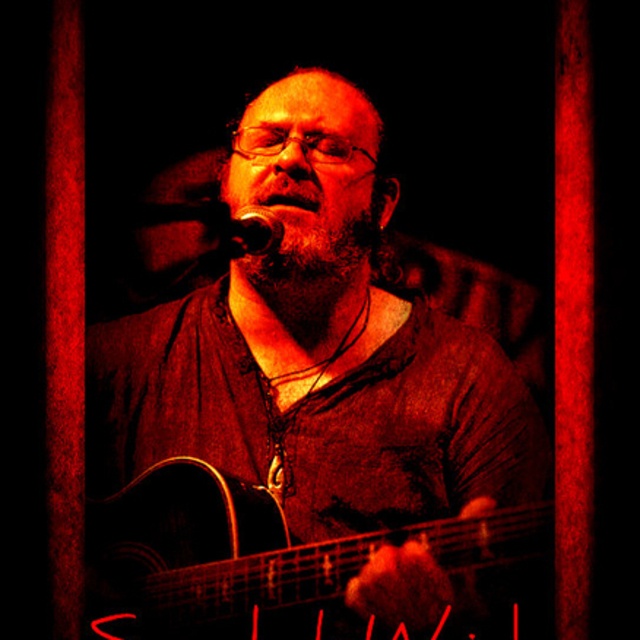 Scarlet INside are not afraid.
The band is based in Glasgow, Scotland.
Scarlet INside record and play a broad mixture of sounds and styles playing an experimental style and a stage show mentality...often using bizarre instruments (such as kitchen pots and pans, Ugandan Harp, didgeridoo...etc...) as well as guitars, guitar synths, computers and drums and other instruments as necessary and when desired
Scarlet INside is a tripartite entity; musically split into three genres.
One is an experimental rock, jazz, prog, blues world music performing band
One is Kevin Kennie as a solo act playing acoustic + singer songwriter material
One is an experimental electro/ambient/soundscape composition and recording act
Our most recent album
THirty RiVers to CRoss was released on April 1st 2016.
https://scarletinside.bandcamp/album/thirty-rivers-to-cross
in 2011 we recorded our first â€˜rockâ€™ EP, called â€˜The Fallâ€™, containing five tracks all music and lyrics by Kevin Kennie but with full band involvement in the production, input and output of the tracks.
The tracks on this CD are a mixture of blues, rock, prog, jazz, folk, dance, African rhythms, Indian melodies, computer beats and synth sounds, screaming guitar soloâ€™s, industrial crunches, minimalist lines and unusual lyrics...just the way we like it.
Since then I have recorded several further albums. completing an album of acoustic (+) music called UNarmed and UNSteady.
another Scarlet INside project completed in 2013 was The BLood that we SHare (Volumes 1: Scarlet and 2: INside) a self penned, self recorded double concept.

Scarlet INside, although loving trial and experimentation in the studio and rehearsal room are a live band and perform regularly . No two gigs are ever the same, no song is ever played the same way twice and there are often new and old and trial songs played at our gigs.

Kevin Kennie: Vocals. Guitars. Guitar synth. Mandolin, uke, other string instruments
Keyboards and synth. Percussion. Didgeridoo. Other wind. Other noise making objects.
With the assistance of (when necessary)....
Brian Johnstone. Keys, synths, tech, noises
(many other people have been in Scarlet INside over the years and often return in times of need or when they can't resist the pull any more)