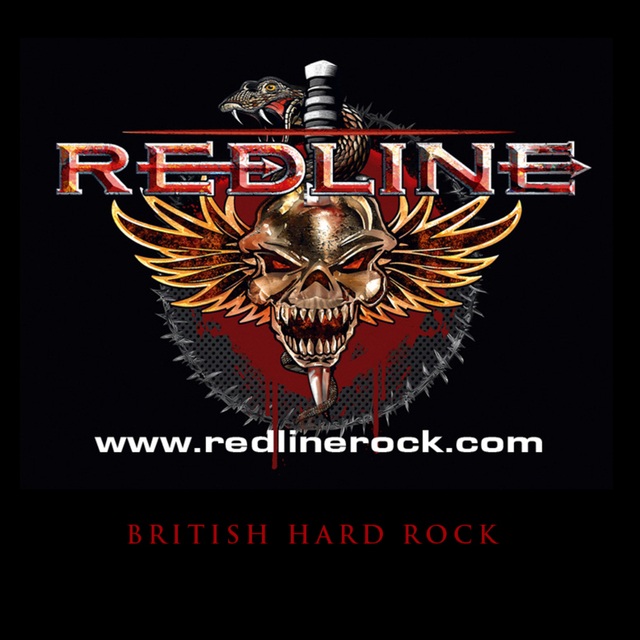 REDLINE are from Birmingham in the UK…..balls to the wall guitar, a locked and loaded rhythm section and a real powerhouse of a vocalist, REDLINE are sure to impress with their own brand of Hard Rock and British Heavy Metal.

REDLINE’s album ‘VICE’, released on Escape Music (worldwide) and Rubicon Records in Japan, met with critical acclaim. One of the tracks featured is REDLINE’S anthemic "King Of The Mountain", which has become the soundtrack to the Isle Of Man TT Motorcycle Races. The song is used on all the television coverage of the event and has now been broadcast to over 32 million people worldwide. ‘Cold Silence’, a power ballad on the album, features British pop legend Jimmy Lea from Slade on Cello and Violin.

REDLINE’s music from the album is also used exclusively on ‘Full Throttle’, an exciting new motorcycle themed Pinball Machine (manufactured by Heighway Pinball) that has just been released in the USA and the UK. REDLINE have played at a number of British festivals including Hard Rock Hell and Planet Rockstock as well as a British tour with the legendary Saxon and supporting bands such as Y&T, Raven, Bernie Torme, UFO and many others.

REDLINE are currently writing a new album and a number of songs have already been recorded in preproduction.