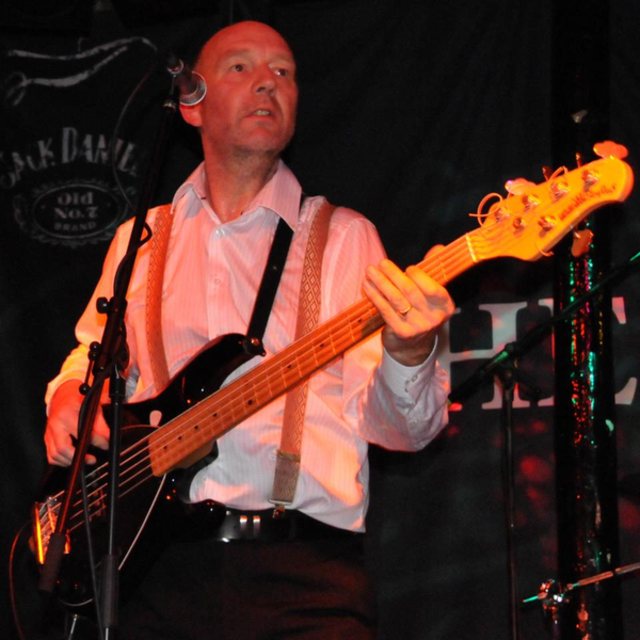 Plenty of recorded catalogue, where I have also produced and arranged. Generally, I like to work creatively with the songwriting team, to turn simple demos into finished recorded productions or arrangements suitable for specific gigging line-ups.

I've also created and edited quite a few music videos

Live, I'm a singing bass player...in the studio though, I often turn my hand to lead/rhythm guitar, mandolin, piano/organ/strings and drum programming - whatever it takes to get the ideas down.

Geographically, I live in Gloucestershire, in the Cotswolds, with easy access to Bath/Bristol, but I can consider projects based just about anywhere between Birmingham, Newport, Oxford, Swindon and central Somerset. Of course, something near Stroud would be ideal....

A medley of some fairly recent recordings is here on SoundCloud....

The past year or so I've played on and produced released CDs from Kyotie, Wilderspin, Sarana Verlin and Billy Brandt, plus a few dance remixes. I also played bass and sang on Paul Merrell's (ex-Jaguar) first solo album '1PM' last year - which we've been gigging as the 6-piece 'Cross the River' band ever since.

Failings? ....maybe too enthusiastic, often prone to sharing opinions. Can't help my age, and that I'm not quite as slim and hairy as I once was ;-)

Am I serious? My day job means that I'm lucky enough not to have make money to live on from my musical activities, but be sure that for the right opportunity I'd be back on the road touring professionally again in a heart-beat.

Am I committed? Well, I don't really believe you can hold down multiple music projects at the same time, without compromising something.

Am I hard working? Well somehow I like to get in at least a recording session, a rehearsal, a personal practice session, a mixing/production/song-writing development session and a gig - every week.

Own fully-equipped computer-based studio, with some analogue outboard and keyboards/modules.

Can record and rehearse at my place.