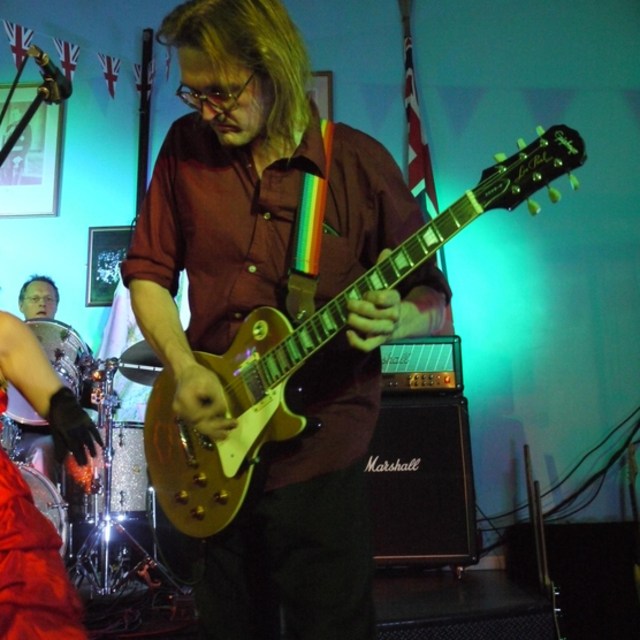 Born Awkward are a 60s/70s/80s covers band in Hampshire (based in Southampton but have travelled further afield). Our set includes: The Beatles, Deep Purple, The Kinks, Simple Minds, ZZ Top and a few interesting takes on 70s/80s Pop songs as well. We usually get the crowd singing and dancing and have a fairly regular gigs in the same pubs.

Mainly Marshall! Fender Strats (customised) and the odd double neck! I'm sure I have an Epiphone gold top les paul kicking around too and a 12 string acoustic lurking in the background...