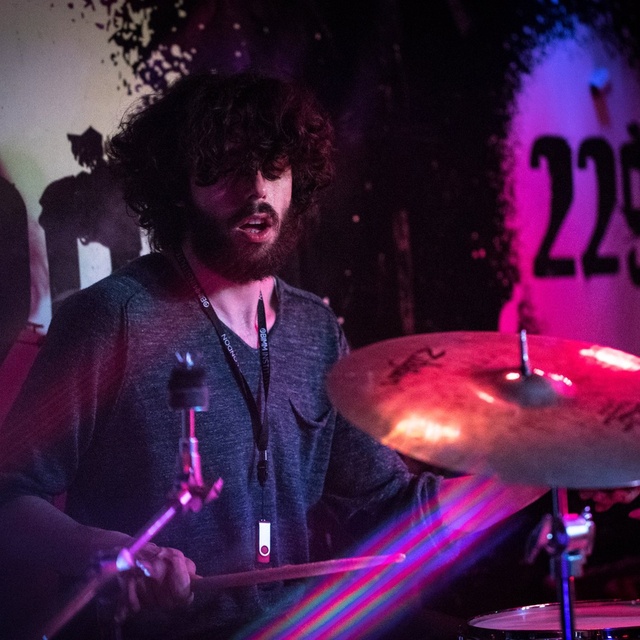 I'm a 26 years old London based drummer with ten years of gigging, touring and a little bit of recording and teaching. I've just graduated with a 2:1 "Second Class Honours, Upper Division" at BIMM London in Music Performance.

2018 - I’ll be touring with Felix Rabin for 28 shows around UK supporting the prog-band "Wishbone Ash"
2018 – started to teach private drum lessons
2018 - I joined a samba ensemble, developing the rhythm of brazil in a big ensemble made by 30 people
2017 - Session works with a jazz-swing function band in London called "Saloon League”, developing how to learn a big amount of songs in few days since it's a function band
2017 - I started to play with Felix Rabin, rock artist from France (England, Switzerland, Czech Republic) in different festivals around Europe, developing my stage skills
2017 - Italian and Swedish tour with Carl Olander, folk artist. I developed my manager skills since i organised and booked all the gigs
2017- I played in a project called Akadà with Femi Temowo (well known guitar player of London who played also for Amy Winehouse), developing a better musicianship since we played afro beat music and jazz for the Jazz Refreshed night in Portobello Road
2016-2018 - recording drum for different artists inside and outside London (folk-rock-pop music mainly)
2015-2016 – I’ve started a music collective for almost one year called “Sbrudi Collective”
2015- now – playing many gigs around London and UK (function and original music)
?2015 – American tour on the east-coast with an Italian Band called “Rab 4”

Diploma in Music performance at BIMM, 2015