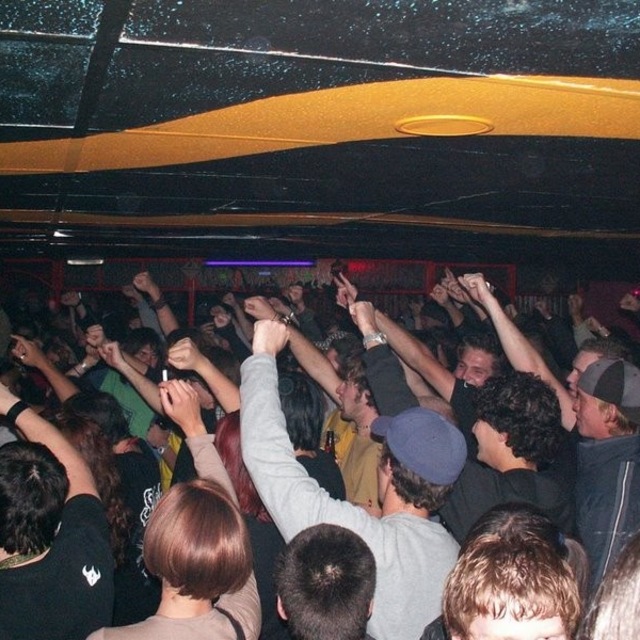 Currently the remnants of two previous bands (Dexter, The Skeksis) in the past two years we have collectively played on stage with the likes of The Young Knives, The Paddingtons, Vincent Vincent, The Twang (don't hold that against us) etc. as well as recording with Arctic Monkey / Razorlight co-producer, two sessions for EMI and another session with Prodigy / Larrakin Love producer in late 2007.
Our two previous bands achieved Record of the Week on XFM twice, national print coverage and sold out Rough Trade stores.
Unfortunately neither Dexter or The Skeksis are going any longer - despite our collective successes and profile - and the two of us have got together to form something new. We are two guitarists with vocals, looking for accomplished, sturdy drummer and bassist (NOT guitarist who thinks he can play bass) and if either have vox too, bargain.
We have high profile producers on board and plenty of industry contacts incl. radio, media, bookings and management, plus well in with All Ages and Underage Clubs (if you've not played those gigs, they really are mental).
Have a listen to the two tracks to hear where we're coming from, then think where we could go. These are examples of the work we've done but we're looking to move towards a more edgier, jagged sound.
The two tracks are 'Jenny' - the lead track from the EP Dexter produced with Dave Clarke (Prodigy, Larrakin Love, Ladyfuzz) in Sept 2007. This is Sam through and through - written, arranged and sang. This is an idea of the production values we have but again, the music we're writing now is more abrupt.
The second is 'Slaine' - the first track from a session The Skeksis recorded in early 2007. This was with a brand new drummer and bassist (after half of the band relocated from Brum to London) but gives an excellent idea of the energy they had.
We are not messing around, we are both thoroughly dedicated and excited about starting up something new. We will have good gigs, we will produce excellent songs and we have plenty of people waiting to hear it. Please only contact if you feel you can offer the same level of commitment and effort. Hear from you soon. Ta, Sam and Loaf.

From The Cribs, The Cure and The Hives through to Fugazi, Modest Mouse and a touch of Shellac. Anything that's making impressive and original music that takes more than a monkey to play (although for citch value please do let us know if you hear of a musically talented ape)