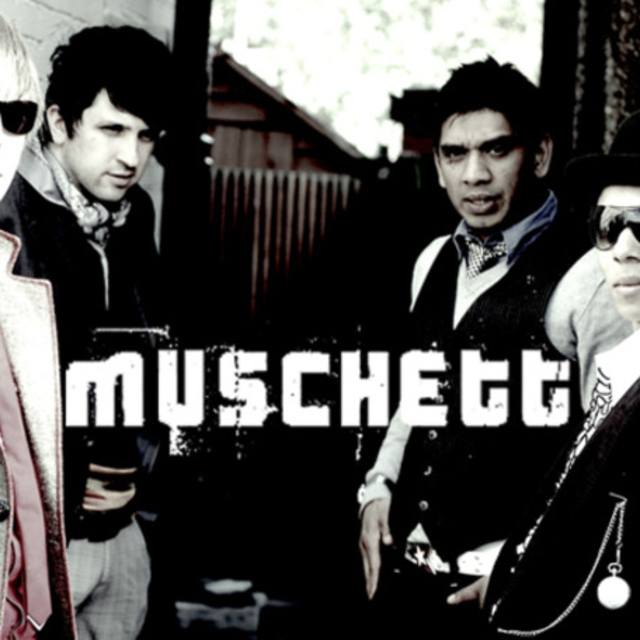 Originating from West London, Muschett have had a rapid ascent since forming just over 6 months ago and are now being touted as the freshest act on the scene. They have known each other for many years and have all been involved in musical projects together as well as solo projects. They have been in and on the scene since tender ages with many successes along the way with major labels and producers.

Their music is firmly established with a particular attraction found with the creative, avant-garde works of artists such as Parliament Funkadelic, Prince & Rick James and Frank Zappa. The rawness of The Meters, Led Zeppelin and James Brown, the neo funk Artists such as The Red Hot Chilli Peppers, Fishbone and the â€˜Old Skoolâ€™ hip hop from De La Soul, The Jungle Brothers to Slick Rick and Doug E. Fresh.

Already familiar with and growing up with the present day RnB and Pop Artists & Producers, the likes of N.E.R.D, Dr Dre, The Gorillaz, Bjork and too many more to mention. Muschett draw on their influences with their strong Funk, Rock, Soul & RnB background, which have nurtured their unique sound & style, which leads you to somewhere new, with a different flavour that can be enjoyed by all.

Muschett deliver their live shows with a raw energy, in a slick and infectious theatrical styled performance mixed with a distinctive blend of live and synth sounds, creating a unique old skool Pop/Funk band sound of the late 80â€™s and early 90â€™s but with a present day vibe and appeal of a mixture between the Scissor Sisters meets Black Eyed Peas, which has set them apart from their contemporaries.

Too Many too mention