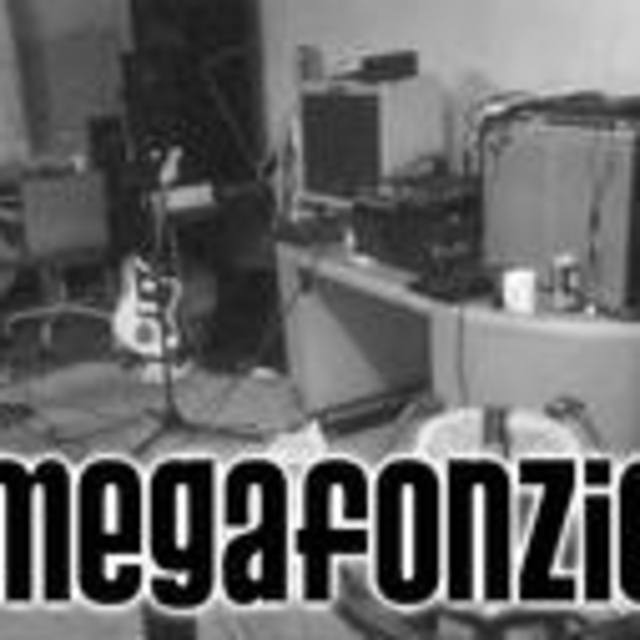 Unique sound. Good songs, but we would say that wouldn't we? Own rehearsal room with PA, recording facility, drum kit and that. We'd quite like to meet a drummer who has solid timing but doesn't feel the need to constantly batter the crap out of his (or her) kit, if you get our drift. We quite like using drum machines too, as you can probably tell, so if the idea of occasionally playing alongside a little plastic box doesn't make you want to vomit into your own shoes, then that would be a bit good.

We "dig" all kinds of "sh*t", Daddy-o! There's a bit more stuff on our inevitable myspace thingy...but the sound quality will probably be a sack of knackers, especially if you're listening on a laptop. Anyway... www.myspace.co.uk/megafonzie (how come they censor "sh*t" but not "knackers"?)

Singer/guitarist, Lead guitarist and bass/keyboard player. We do have names, but they are silent.

We're pretty much self contained as far as gear goes. But it still doesn't stop us stealing things.