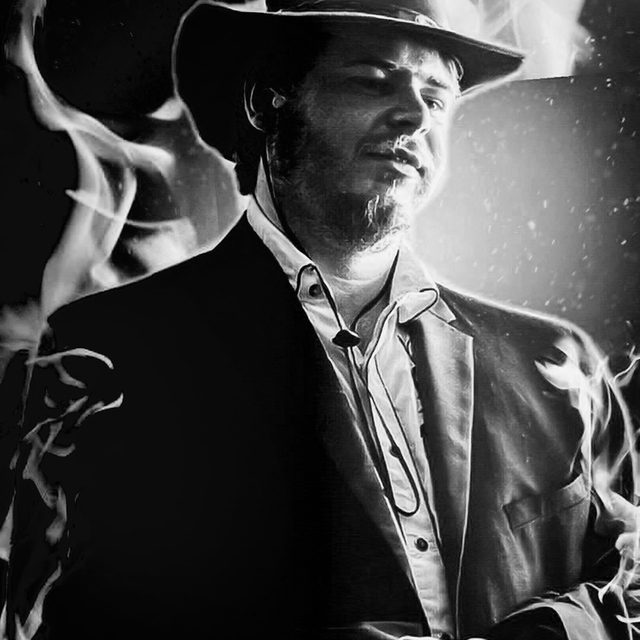 Early Life
Max was born on November 18th, 1995, in Exeter, Devon. His father, Peter Bryant, is a Painter/Decorator. Pete was raised in Launceston. His mother, Chaz, is a Nursing Home Manager.
Max spent the early years of his life in different places this was because of his mothers work. Max described his childhood as "Adventure Across The U.K.”.
Max was in with the Baptist faith and attended Calvary Chapel Church in Horndean Max attended preschool at the Fairfield School in Havant and was later educated at the Woolacombe School. When Max was 12 years old, the family moved into a town of Lyme Regis, where he attended The Woodroffe School and Weymouth College.
Max became interested in music. Max also got in contact with a guitar teacher “Robin Griffiths”. Max then turned his attention to College Rock music—Bryan Adam's songs. He spent his time watching live performing at the O2 in London (Taylor Swift, Meat Loaf, Madness, Status Quo, Black Sabbath, Bryan Adams and N.T.A……………) he also went to festivals and sporting events.
Max first he writes his own stuff, he writes about what he knows about ... he’s always been very uplifting in college life...
After watching a Classical Album episode about Black Sabbath, Max felt sure that he needed to go to Powerful Guitars, to pursue the Hard College Rock sound. At the age of 18, Max was shown by a friend how to make his own dance tracks, inspiring him to write his first dance song, "Prom Night."

Career
Solo Career 2005 - Present
Max Bryant started his solo career before he even joined any bands in 2005. In the first 5 years Max has been doing cover songs by using recording software by using midi mainly because he couldn’t play an instrument. Then in 2014 Max formed his first ever band Spring Break Dredd Alliance which is a Metal/Pop band. Then in 2015 he joined an Acoustic/Rock band “Turn A Phrase” his job was a guitarist and music writer. Max is still working on his music and will be releasing an album in the future.

Influences
Max was introduced to college rock music from popular alternative rock bands from the 90s … Bowling For Soup, Good Charlotte, Fountain Of Wayne. Bryan Adams was Max’s biggest influence of his childhood. Avril Lavigne was Max’s second biggest influence mainly because of her singing voice. The first song max played on guitar was a Taylor Swift song “Teardrops On My Guitar”. Then Max wanted to go to see Taylor Swift live. After max saw Taylor Swift Max’s decided to look at different artists from different genres, including The Boomtown Rats, Areosmith, Alan Jackson and Muse. Black Sabbath one of Max’s favourite band.
Max has been influenced by many musical artists outside form the College Rock genre. As an early teenager Max enjoyed Dance music acts including Tiësto and Manian. In Max’s Secondary School years he listened to music from the 70s & 80s such as Wham! Kim Wilde, Survivor and David Bowie. Max also got influenced by Television/Film/Game music such as John Williams and Hans Zimmer so Max started to write his own instrumental tunes in late 2014. Max describes Geezer Butler as a “Rock God” which has inspired max for many years.

Musical Style
Max’s main musical genre is College Rock. Max includes other genres in his music to get the new range of college music that college students listen to in the modern day.

The Weymouth Brit Awards 2016 Will Be Take Place At The Bay Theatre This Is A Music Award Ceremony. Come Along And Here From The Best Musician In The Local Area Hearing Loud Rock N’ Roll Music

This Is The Las Vegas End of Year Party! For College Students Expect Blackjack And Roulette tables… Play Your Cards Right And You Might Win A Prize!

Along With Our Own Student Talent, We Have The Incredibly Popular Leggomen Performing For Us For A Second Year. The Riviera Hotel Is Offering A Buffet Dinner With Juice Cocktails And The Ballroom Has Both Pool And Ping Pong Tables. There Will Be An Awards Ceremony – Back By Popular Demand – So Whatever You Decide To Wear, Make Sure You Dress Your Best.

Tickets Available At Weymouth College reception And In The Student Lounge

The Weymouth Brit Awards 2015 Will Be Take Place At The Bay Theatre This Is A Music Award Ceremony. Come Along And Here From The Best Musician In The Local Area Hearing Loud Rock N’ Roll Music E.g. Bring Me The Horizon, Linkin Park, Bryan Adams, Muse…………..

Come Along To The St. George’s Centre As We Will Be Playing A Set Of Acoustic College Rock Songs.

Come Along To The Chillies Restaurant And Enjoy A Family Meal And To Enjoy A College Rock Acoustic Set.

Come Along To The Dorchester Arts Exhibition As We Will Be Playing A Set Of College Rock Songs.

This Is The First Date Of The Crazy Sea Horse Tour So Come Along For An Amazing Night.

Tickets Available On The Door Only

Taking place at The Bay Theatre, the 1st year (level 3) Music and Music Tech students from Weymouth College are creating and performing their own live show.
Come along on the 19th of March to see a number of musicians perform and show their talent to you, the audience.
with styles ranging from Drum N' Bass to Acoustic Rock, anyone is welcome!