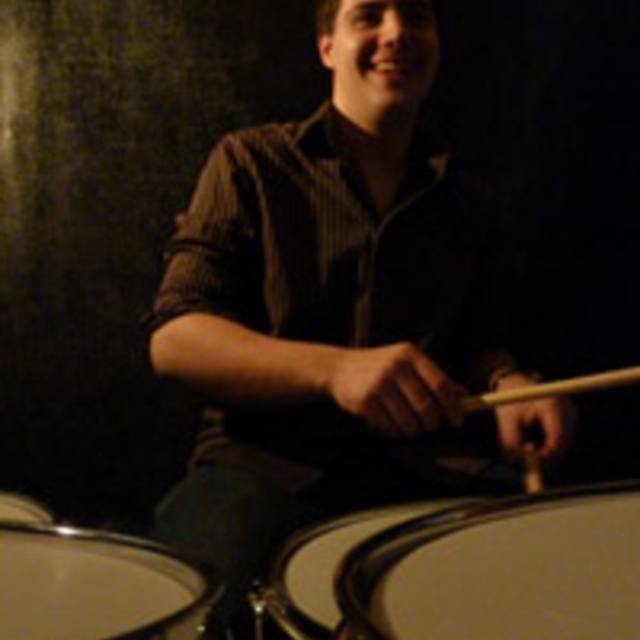 Matt started playing the drums at five years old. Shortly after this he started performing live with different bands and began winning various talent competitions across the country. Throughout his primary and secondary school years Matt performed extensively across England from Norfolk to Cornwall. He appeared at the Millennium Dome at age 10 and on the prime time, BBC1 television programme Blue Peter a year later. As well as appearing at these notable venues Matt played over 250 gigs in pubs and clubs before his 16th birthday. While in secondary school Matt started teaching drums and continues to teach privately and has successfully tutored students though over 65 grade passes at over 70% and has a zero failure rate.
Matt left school at 16 with 10 A*-C GCSEs and enrolled on to Drumtech's one year full time performance diploma course which he graduated from with 'The most improved student' award as well as an award from the Zildjian cymbal company. At 17 Matt enrolled onto the 3 year degree course at the London College of Music where he studied with teachers such as Darryn Farrugia, Elliott Henshaw, Erik Stams and Hadyn Callow. At 20 Matt received first class honours at B.Mus degree level. Following this Matt received a scholarship to continue his studies at the London College of Music and so went on to complete a masters degree in music performance M.Mus which he passed with merit in the autumn of 2011.
While at university Matt was kept busy with his studies but continued to play live whenever possible. In addition to his university performances at venues such as the 02 Shepherds Bush Empire he also played many other shows including a two week stint of the musical Broke Britannia at the Edinburgh Fringe Festival as well a week long stint of Fame in regional theatre.
Matt is now 21 and starting his career as a professional musician performing in a variety of different bands/acts and theatre projects and continues to study with the acclaimed drummer Bob Armstrong. Matt is 'click friendly' and enjoys sight reading. Matt loves the diversity that music has to offer and plays most styles of music to a professional standard.

Please visit www.matt-raymond to find out more about me.