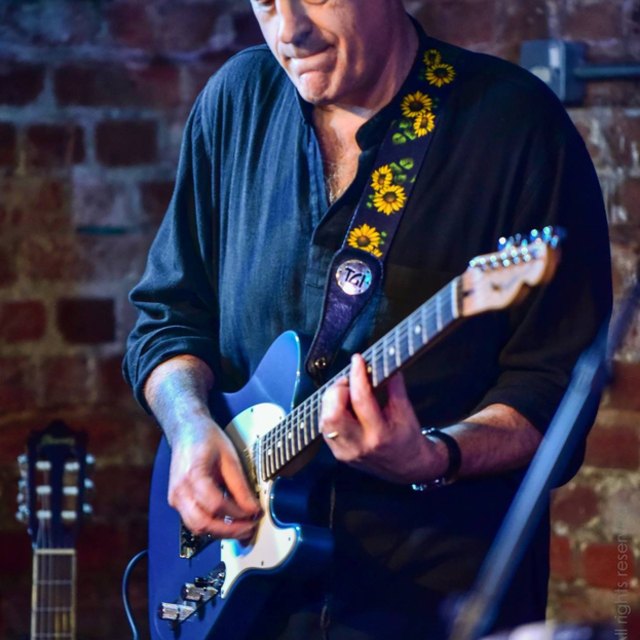 Martyn's playing career has been through many twists and turns since his early teens ... writing and performing original jazz/funk instrumentals with various bands led on to touring the UK as lead guitarist in the legendary soul band Chairman of The Board; then into The Realistics, touring Germany; then a stint with rock band Dirty Money... fame and fortune beckoned... but ultimately proved elusive first time around - a classic tale of dodgy management, bad luck and naive, idealistic musicians...

Anyway, later - once marriage and children forced him to get a "proper" job - Martyn kept his hand in, playing and singing in various semi-pro function bands throughout the South East.

Over the last few years, as well as taking occasional guitar and/or vocal duties for covers/functions bands Mixed Nuts, All Wrapped Up, Destination Groove and Sir Duke, Martyn also deps with various other covers bands on guitar and/or vocals; he has been working with the upcoming singer/actress/TV presenter Alexandra Legouix and as a founder member of her band The Sunflowers; co-writing and producing her album "This One's for You"

Martyn has recently returned to Kent, after spending a few years away including two years in Turkey where he played in various situations including a regular live duo with the legendary singer songwriter Aklan Akdag.