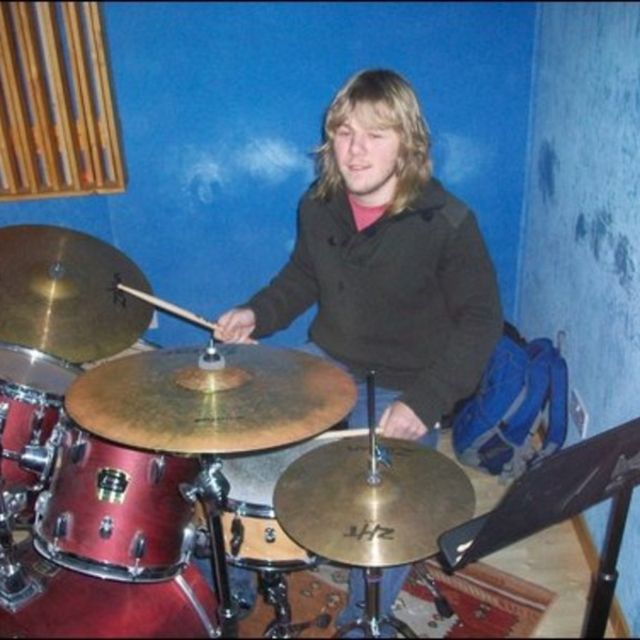 Zeitgeist was one of my last proper bands. We played alternative instrumental funk and proggy stuff. I have also had a number of other styles of bands (punk, jazz, rock ect)

I also played in a band called yransmanta who were nominated as best rock band of the year at the aberdeen fudge awards. I would describe our music as funk rock and grunge. We did some studio recordings so look us up on where you can download some of the tracks.

I'm currently starting up a new band but always looking for new oppourtunities.

I can play most styles and can play piano too (mostly alternative random stuff and blues based piano pieces). Also use alot of percussion so could also be a percussionist, everything from hand drumes to latin percussion to orchestral stuff.

The genres are a bit vague I am up for any style really. These are my favourites at the moment I guess though. I don't really do balst beats and speed playing but I'm up for trying any style to be honest.

I'm 23 years old and looking for a band of any age. Been playing for nearly 9 years and am roughly grade 8. I live in Aberdeen at the moment as I'm studying music at uni here. My home when not at uni is near Turriff so I'm never too far from Aberdeen (its about 40 miles from Aberdeen).

As long as the band does not interfere with my studies at uni then I'll happily get involved with a band. Anyways Hope to hear from anyone interested in working with me and thanks for checking out my page.

All kinds of music and musicians. Too many to mention really but here is kind of a list of stuff.

I own 2 drum kits. One being an Arbiter flats kit which is usually use for my drumming workshops which I hold. I also own a premier eleite kit, 6 piece, although looking to extend the kit. Recently purchaced some new cymbals (Piaste) which are pretty good. I also own lots of percussion, too much to name really.

I also own a piano, a cheap keyboard, a cheap drum machine and a digital mixer and lots of michrophones.