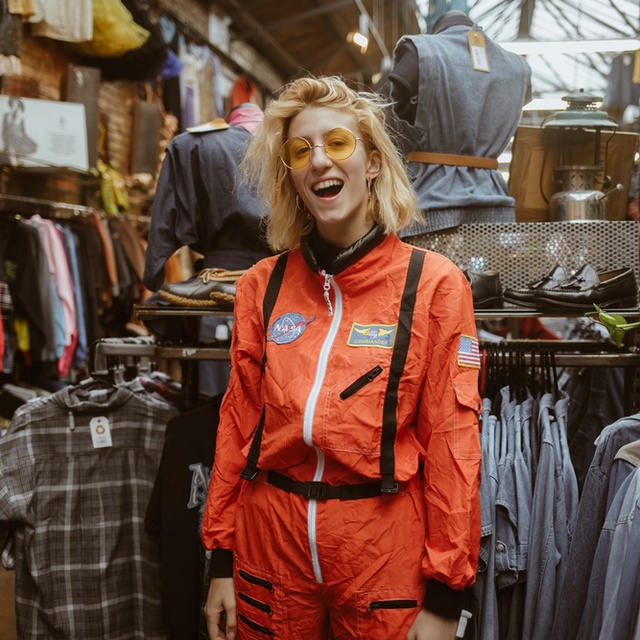 Luan Mei is a young singer-songwriter and guitarist from Madrid based in Brighton, UK. She started playing the guitar at the age of 12 and writing her own songs at 15 as a way of understanding feelings and life situations through her synesthetic conception of the world. Feeling colours for people, moments and sounds creates a whole universe filled up with metaphors and similes in her lyrics.

Her constant search for her own sound brought her to Brighton at the age of only 18, where she graduated on Songwriting and launched her career as a songwriter. She has performed in Brighton venues such as The Prince Albert, The Mesmerist and Latest Music Bar, as well as at The Great Escape festival in 2019; Sofar Sounds London and Alevosia in her hometown.

Combining different genres like indie, pop, funk and soul as her natural way of creating music, Luan Mei has the power of bringing the audience inside her vibrant and rhythmic style of playing: her fingerstyle guitar work adds a very rhythmic edge to her writing, which beautifully underpins her catchy melodies. Her unique voice and energy when playing challenges anybody to remain indifferent.

Luan released her debut single 'Elements' in 2019, which caught everyone's attention and has been played on BBC Radio, Radio Reverb and Platform B Radio. Currently, she is working on her second single 'Yellow', a story about queer summer love and synesthesia, which will be out in summer 2020.

Start April with a bill full of some of the best catchy indie that the UK has to offer right now.

Returning to top the bill after impressing promoters Absent Kelly before, is The Crooked Kings. The Crooked Kings are a quartet from London whose blues tinged indie rock is modern, unique and catchy as hell! This sound has seen the band championed by the likes of BBC Introducing and play big name venues including the Camden Assembly.

Forestlights are a London based Funk Rock Power Trio who are turning heads on the underground London circuit with their unique hybrid sound.

Lo-Fi indie rock quartet Project Culture will be bringing their unpretentious sound to the stage. The band have already played famous venues including Kingston’s Fighting Cocks.

We’ll also be joined by M60, a Manchester quartet whose infectious indie rock and roll has already seen them bag great reviews and quite a name for themselves on their local scene.

Opening the show is Wolhemian and her band. This Madrid born, Brighton based singer-songwriter plays laid back alt/pop topped by her distinctive beautiful vocals.