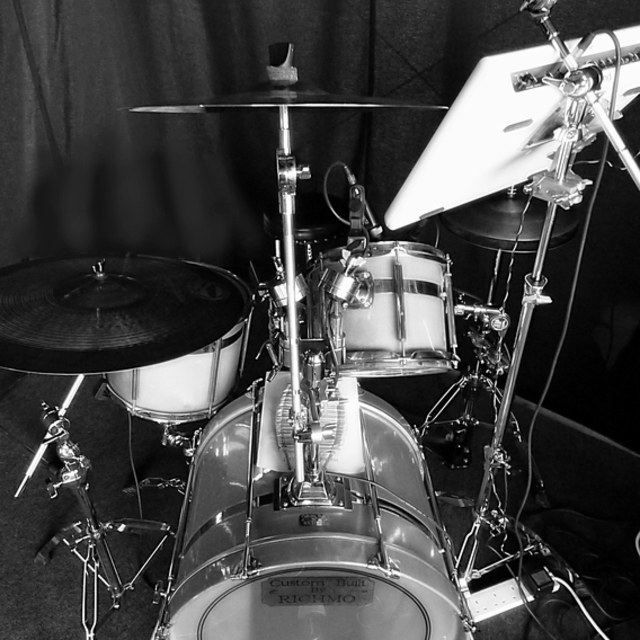 Most recently the drummer in a Buble tribute, 'Moondance Band' in Hull (lead singer was Kristian Eastwood - now working as "Eastwood") and have spent many years resident in working men's clubs, 8 years in the house band for the Hull Daily Mail Talent Trail finals shows at Hull City Hall and spent four successful years with a northern club act picking up 6 awards and playing at the Blackpool Command show mid 80s.

Many and varied. I once saw Buddy Rich live and no one comes close to pure drumming showmanship but my musical roots grew in the 60's and 70's with Brian Bennett (Shadows), Bobby Elliott (Hollies) and the drummers with bands such as The Beatles, Rolling Stones, The Turtles, Steely Dan, Level 42, CCS, 10cc, Toto, Travelin Wilburys and singers Elkie Brooks, Georgie Fame, Kiki Dee, Madeline Bell and loads more.

Richmo Drums with several toms giving scope for a small, medium or large kit set up and a late 60's Premier kit used mostly for rehearsing or small room gigs. Various cymbals plus a Roland 'octopad' I used extensively with the Buble tribute band to achieve the various latin/claptrap/tymp sounds