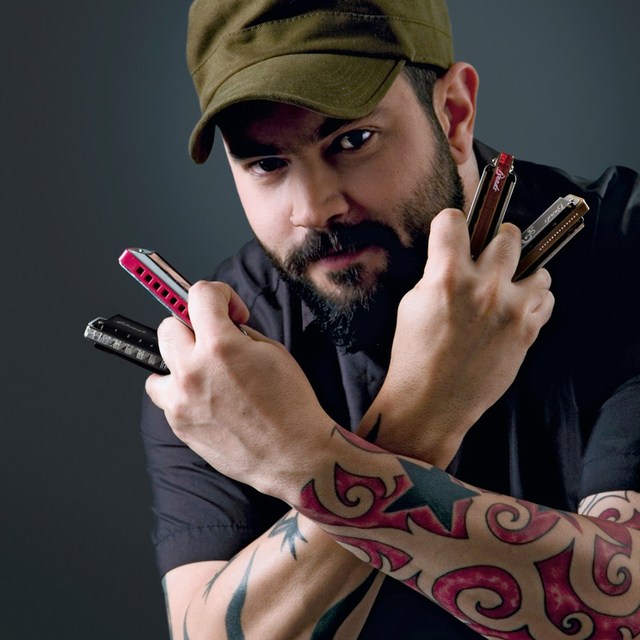 Leandro Ferrari is a brazilian harmonica player, producer and singer based in London. The Wall Street International Magazine cited him as one of the references of brazilian blues. He has taught his harmonica course since 1995. Ferrari is the idealizer of the "Minas Harp / Harmonica Meeting" and has written articles for the " O Debate," the "Zona Cultural Magazine " and "Sax & Metais".

Ferrari's band uses a lot of energy and sound quality to present a show that combines acoustic instruments and experimental elements of electronic music and dub. The group brings together the ideal mix of rhythmic beats and the vibration of their improvisations, to play exclusive cover versions and originals that range from blues to hip hop.