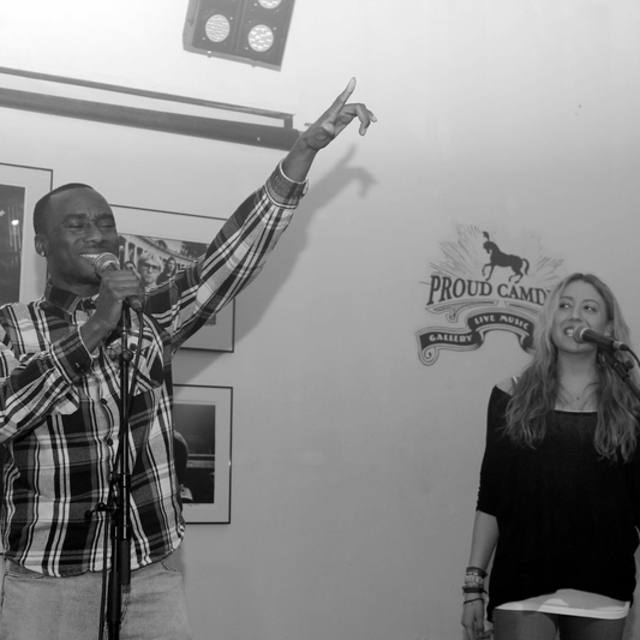 K Zorro is a Rapper/Producer/Songwriter hailing from North London. The son of a popular German 80s soul band singer, music has been coursing through his veins for as long as he can remember. He first started writing songs as a precocious 13 year old whilst at secondary school and soon realized that he had a talent for putting words together, as well as using the skills learned from his musical family. Whilst at school he also formed one sixth of the rap group 'Legion of The North' alongside Ray Vendetta, Ade Lawrence (co founder of Uk Overstood), hip hop producer Bad Company and uk underground rapper VenomSpitter, and the collective battled their way through school, freestyling in the corridors of the school at lunchtimes against their peers.
More recently, he has performed all over the world, from Germany, France, to Cuba and beyond, and has an energy that is seldom replicated, coupling water tight flows with witty clever and insightful rhymes, marrying traditional Hip hop styles with contemporary rock, indie and electronic dance music. He has worked alongside budding artists such as Coke Zero frontman Aynzli Jones and Tinashe to name but a few, and has had stars such as uk Hip Hop Legend Chester P (of TaskForce fame),Mercury nominee Lianne La Havas and even legendary Hip Hop Dj 279 singing his praises. K Zorro has the ability to have crowds eating out of his palm wherever he performs with his amazing live band. He has had music played on various major radio stations, including Choice FM and Kiss FM as well as others, and has recently been working alongside burgeoning Dubstep label Demon Dub Records.

I am looking for committed, talented musicians (namely a DRUMMER and BASS PLAYER) who are very open minded, and who are in it for the love of the music as unfortunately not necessarily all my gigs are paid :( .