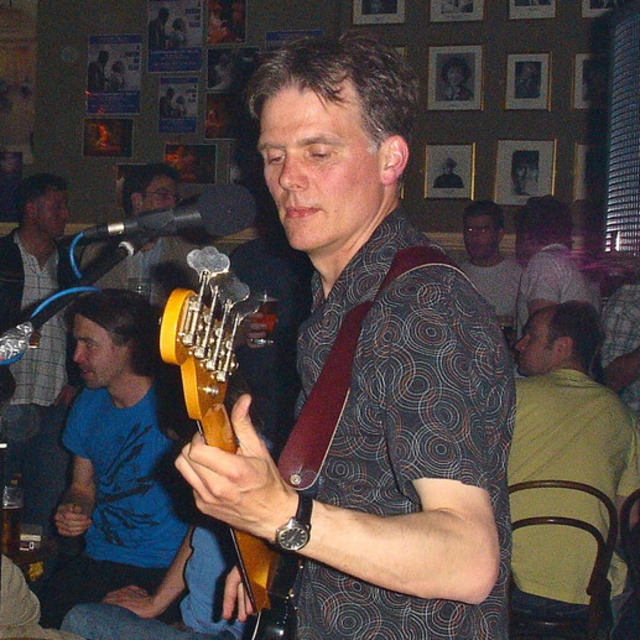 I would describe my approach to playing bass guitar as intuitive, feel the groove and lock in with the drums. Over the years Iâ€™ve mostly played by ear but recently had some tuition to improve technique/theory and can now read chord charts. Iâ€™m not phased by complex arrangements and song structures - I toured with the Otis Grand Blues Band without any rehearsal having to learn the set from a CD the night before.

Iâ€™ve played in to many bands to mention, starting out in a surf pop/ska band in the late 70s moving on to Reggae, Afro Funk and Cow Punk. Also with various singer songwriters, writing bass lines to original material influenced by Jacques Brel, Kurt Weill and Johny Cash.

My favourite bass players are: James Jameson - Motown.
Bernie Edwards - Chic. Norman Watt Roy - Ian Dury. Anthony Jackson. Chuck Rainey - Steely Dan. Horace Panter - The Specials, I could go on!
Iâ€™ve an open mind and ears to most styles of music with a love for Soul, Funk, Latin, Blues, Rock and some Jazz.