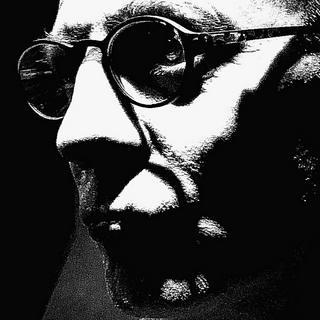 Looking for a bass player or multi-instrumentalist to play original material. There's a good collection of songs covering quite a range . . .
Influences are wide and varied.

Not trying to imitate or emulate anyone else.
(There might be some inadvertent, unconscious homages )

To attempt to narrow things down a little . . . it's not metal, punk, indie, disco or anything that relies on dressing up or pouting at cameras :) see influences section for a rambling discourse . . .

Drop me an email to arrange a telephone conversation - let's have a chat to fill in the details both ways and see if this is up your street.

For every influence I could mention I'd want to offer a qualifying reference. I like fragments or elements of a given song rather than the whole oeuvre of a particular band.

I'd far rather have a chat to throw ideas around and see where there is common ground.

However, if you can't resist a list, here you go !

- Radiohead
I like loads of elements of the band particularly the
intensity of the singing. Rather liking the hypnotic effect of
Thom Yorke's new band, The Smile.

- Billie Eilish,
something special about her singing and lyrics.
her brother is a real treasure.

- tUnE-yArDs, fascinating engagement with the idea.

- David Bowie, later period. mood and thread.
His singing got better as he matured.

- David Gilmour is a beautiful guitarist.
Wouldn't it be nice to be able to play like him !

- Jon Martyn
The mood, atmosphere, those chords, the slurry voice.
All those chord tunings.

- Joni Mitchell
She can use all the chord tunings she likes !!!
Pastorious could try sounding less like pastorious once in a
while !!!!

- Zero 7 with Sia
Some brilliant songs with vocal arrangements that tingle.

Not saying I like every aspect of every artist or tune however, I can learn from everything.

Then of course influences don't indicate a desire to emulate that band or genre. Influenced by everything I've heard, want to sound like myself 'cause I figure I'll do a better job of sounding like me than anything else.

Be great to have a conversation to let you know more about what we're doing and where that might fit in with what you are looking for.