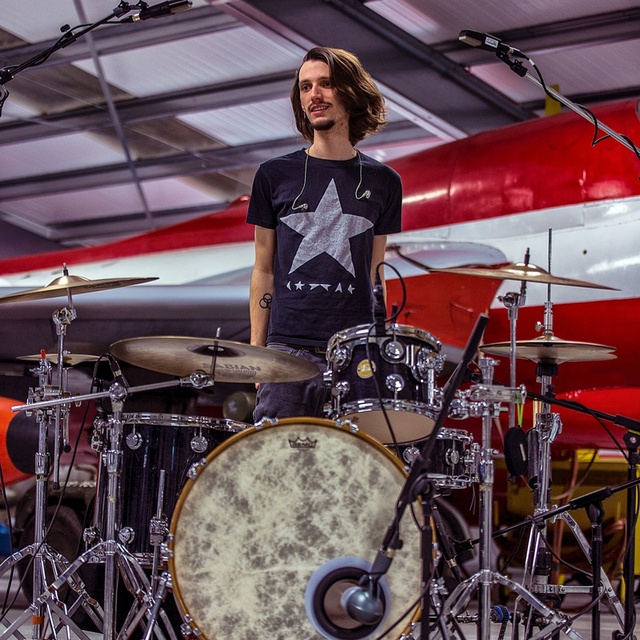 English drummer, musician, composer and educator Jake Bradford-Sharp is a technically proficient artist working in many musical fields: tutoring drums and music in London, regular gigging, session work, and recording music for TV and film. Born in Enfield, London in 1992, Jake first began playing drums at the age of 8 and began formal lessons at the age of 10.

Initially inspired by classic rock icons such as John Bonham, Ian Paice and Keith moon, Jake quickly discovered his love of progressive rock music and its blend of rock, jazz, fusion, and many others. He immersed himself in these very sophisticated drumming styles, and at the age of 16 joined his first professional band and honed his craft on the touring and recording circuit.

Teaching is a big passion of Jakes and as such, he is a permanent tutor at BANG Drum School (bangdrumlessons) in London. He is currently working on a teaching method and drumming concept entitled The Alphabet of Drums and releasing drum videos on YouTube (youtube/jakebradfordsharp) to demonstrate what the method can do.

Jake works with a handful of synchronisation libraries for music for TV and film, and is available to work on bespoke TV and film scores.

Along with educating and writing music, Jake is an active session musician. He is available for session work and can be contacted directly at info@jakebradford-sharp.