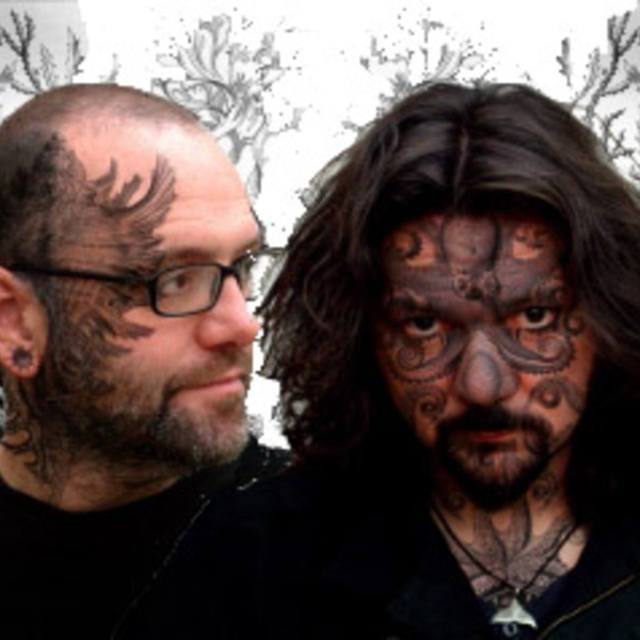 Jackson Hewitt live in rural Lancashire, our lives are ones of wives and children; of family and friends; of dogs and walking; of socialising and of course, music.
In May of 2009 Barry and I started writing and performing our songs, some of which I'd written years earlier and are certainly dated by their deeply personal lyrics. I think from day one we both new that something was happening, we just clicked into our roles as two artists with complimentary skill sets. And month by month we developed, until we found our selves looking at an album.

Dugdale's Flower's is a folk album, yet it is not a tribute to the styles of the past. It is its own living entity, it is here in the now, a body of work for today and beyond.
You cannot live a life without gathering emotions and sounds, and you cannot portray the memories of those emotions honestly without giving away something of your inner self, the vulnerable pieces that make you who you are to the people that truly love you.

Peter Dugdale was my wild spirited fine art lecturer, and as a seventeen year old boy I drank up every drop of his rebellion. He would compare each student's work to his own masterpiece, a series of flower observations, that he would describe in great detail. Eventually I came to understand that those studies didn't actually exist and that despite being able to visualise the work he had yet to receive the inspiration to put paint to canvas.
His flowers simply represented ambition.

Dugdale's Flower's is an ambition realised, a journey that both Barry and I have been travelling
for more years than we care to mention.