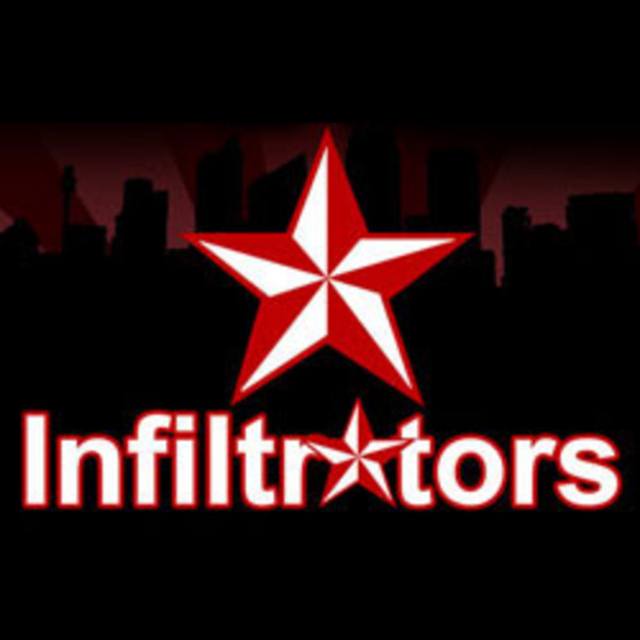 After punk, everyone realised they could start a band, although most do not have ethics; which makes Infiltrators all the more refreshing. As singer / guitarist Loz Tilley says they are attempting, “…to bring charm and honesty to their sound and music in general…” enlightening every musical nuance. As an indie rock trio, critics have tried to suggest they are too like their influences, but like all the best artists they take these influences and make them their own. As the group develops they have moved away from their origins, not wanting to be restricted by genre and expectation, producing songs both heartfelt and anthemic.

The band formed in the summer of 2003, when Tilley met drummer Aaron Pain via a website because of their interest in indie / rock music. Pete Harrison (bass) was introduced through a mutual friend and joined soon after. In a short time the band in their Emperor State incarnation won several online demo competitions and signed a sponsorship deal with Patrick Eggle Guitars, whose owner was won over by their melodic presence.

But it has not been enough for Infiltrators to rest on this initial success. The band achieved much more, with their recording career, a blossoming worldwide fanbase though myspace alongside their natural ability and will to succeed. Their first 8 track recordings together – which make up their first three EP’s “What’s The Big Deal?”, “Paint This Town Red” and “The Emptiness” – all released within a few months of each other in 2004 / 2005 are testament to that. Infiltrators continue to make waves in the industry, with many glowing reviews from independents.

It is live though, where Infiltrators are best appreciated. As Dave Davies at Leicester Mercury stated of a November 2004 date, “…their songs have inventive arrangements and catchy choruses, and the performance was classy and impressive”. The band’s natural charisma does not hide their honest, down to earth nature; it has won them many fans. “We’re a collaborative group, unlike Loz’s previous bands, where he was the main songwriter” says Pain. As if to prove a point Harrison adds to this saying, “…I think that comes across in our music, especially when we play live.”

Recent events have seen airplay on XFM radio and their return to the live stage after a significant period of writing, which has seen a development of their sound. More than ever, Infiltrators are a band to watch.

Screen name:
Infiltrators
Member since:
Feb 24 2008
Active over 1 month ago
Level of commitment:
Committed
Years together:
4
Gigs played:
50 to 100
Tend to practice:
2-3 times per week
Available to gig:
2-3 nights a week
Age:
39 years