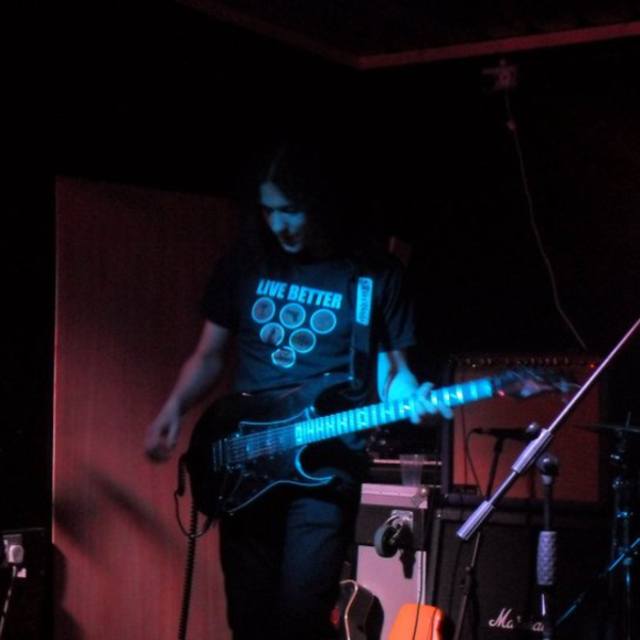 Been playing for nine years. Gigging for seven. Self-taught I started playing the guitar at the age of 20. In 2008 I completed my translation studies in Greece. My love for music got me involved in the underground rock music scene of Athens. During the period 2005-2010, I played as a lead guitarist for several rock bands in several venues in Athens, and throughout Greece.

In 2010 I moved to the UK; I studied at the Academy of Music and Sound in Birmingham while working as a session musician in numerous projects, which involved a wide range of genres, from hard rock to African music. Some of the projects I was a part of included bands such as The Equators, a well-known Birmingham based reggae/ ska band, Dr Zook and Cosmic Rogues. I moved to London a couple of months ago and I'm looking for musicians to start gigging!!

That's a tough one...From Jimi to Mr Bungle, I guess!!