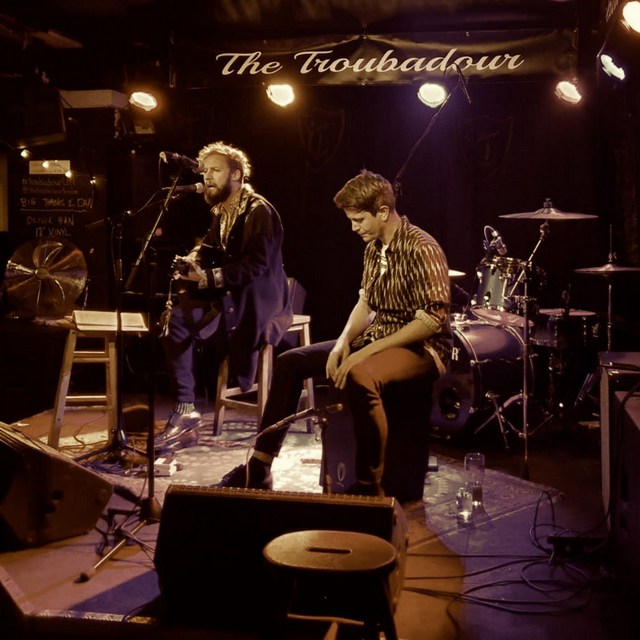 DeMí started his musical career with APNEA, Italian alternative Rock band, he was their frontman for 2 years and played several live music venues and festival in Southern Italy and landed a live performance on RAI FUTURA channel owned by National Broadcaster RAI in Rome.

He then joined Hard Rock’s LIVREA and played gigs in Puglia and Tuscany and Won the Biker’s festival in 2003.

5 years since the first formation and around 100 gigs performed, he moves straight onto his Solo career with DeMí and The Public Relations, an eclectic jazz-blues-punk band which even included a brass for some of the performances and included Quentin Tarantino’s
movies soundtracks in their Live repertory.
They record a concept LP and get an offer with a Jazz label based in Turin, Italy which they decided not to go with due to their poor offer.

From 2005 and 2008 DeMí goes onto playing a handful of Solo gigs, strengthening his confidence as a performing folk songwriter alone on stage accompanied only by his guitar, in full storytelling style.
He explores electronic music production and records a handful of demos.

He moves to London in 2009 and starts producing new music and writing lyrics in English, he indulges in London’s live music scene which leads him to engage with the synthpop – punk sounds.

Starts his first synthpop band ‘ Silver Clouds’ and they perform between 2015-17 East London’s live music venues such as the 93 Feet East, The Islington, The Water Rats, Roadtrip and The Workshop etc.

DeMí then decides to go back to his solo production and record and perform with like minded artists as guests in his songs and also on stage.
He starts performing live again in 2020 and even joins Extinction Rebellion’s protests with his brief a capella performance of his most known tune ‘In Every You’ in Trafalgar Square for a crowd of thousands .

He releases 2 singles between 2020 and 2021, ‘No Ball Games’ which is a response to the famous government’s poster to do with a dancer named ‘Fatima’ which should re-train in cyborg and ‘In Every You’ his Ode to Nature featuring soul blues voice Holly Roxanne .
Both songs are published and available on all streaming platforms, including YouTube with their respective self produced music videos.

DeMí is currently performing solo around London and looking to join a fellow producer and produce with other musicians and singers.