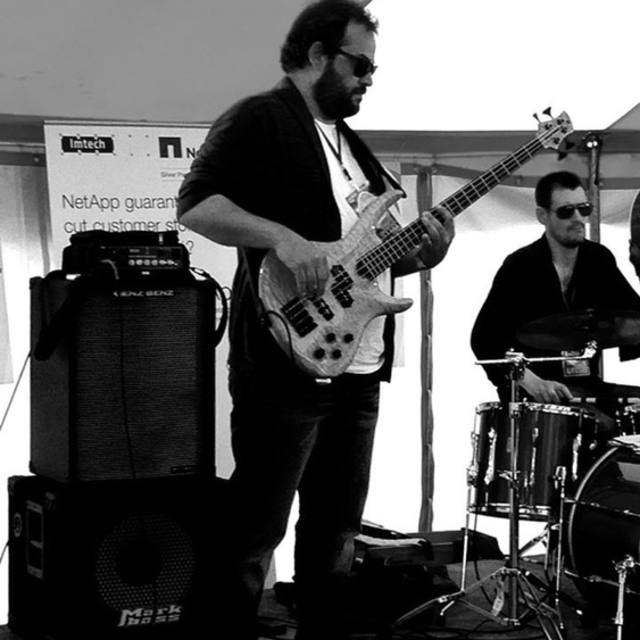 Bass player and co-lead vocalist, co-songwriter & producer for Creature That Bites, check our debut album on Soundcloud https://soundcloud/creature-that-bites (no gigging commitments until 2015).

So many of course, in terms of bass playing there's no doubt that Stanley Clarke and Jaco Pastorius are huge influences. Anything from Steve Harris to Marcus Miller, Geddy Lee, John Entwhistle, Alphonso Johnson, the list goes on, too many excellent players to name them all. My musical tastes probably define me more and I know it sounds corny but I do just love music of all varieties, still love rockin' out more than anything though! Hendrix, Santana (particularly early years), anything funky and soulful, Deep Purple, Van Halen, Pink Floyd, Weather Report, Return to Forever, Miles Davis, Judas Priest, Iron Maiden, Bob Marley etc etc..I'm a bass player so it's easy to fit in.