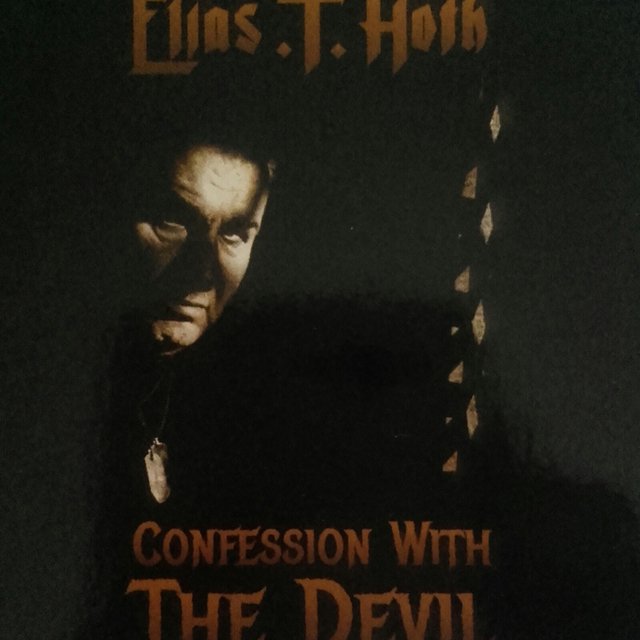 Looking for a Lead Guitarist for a Band
ELIAS.T.HOTH PROFILE:- Elias.T. Hoth is a no nonsense, no messin, no mercy, hard ass, mean kickin, hell fire and brimstone, blood spittin, southern states style British rock n‘roller! Above all he is a guy who writes, promotes and plays all his own original Rock and Blues material. He has written over 100 songs to date, which have generated the release of 4 original studio albums, Let Sleepin Demons Lie 2007, Wrath Widower 2013, Confession with the Devil 2015, and Sickle & Scythe 2017, as well as other live albums and DVD's. His albums are distributed and sold worldwide in Western and Eastern Europe, North and South America, Russia, Scandinavia and the Asia Pacific Rim Countries which contribute to his ever-growing global fan base. Elias was presented with a gold disc award by internet music company CDbaby for their fastest selling worldwide sales of their Wrath Widower album. His Confession with the Devil album went straight in the CDbaby charts at No. 20 from around 1100 worldwide released albums that month! His songs have and indeed are, still actively played in the USA top 10 ten A list tracks on such radio stations as All Dixie Rock, Southern Rock and European radio station EKR. Elias.T. Hoth, like all great artists, has evolved since the late nineties. In more recent years Elias.T. Hoth has played at major UK Rock and Blues Festivals including the 2013 Colne International Blues Festival, headlining at the event on the British Bulmer’s stage from which he ultimately produced a live album. He has also performed at many venues throughout the UK as far afield as Barrow in Furness, to London’s famous Oxford Road 100 Club. This was an event that was highly acclaimed and reviewed by the UK Classic Rock magazine under the headline 'The South Rises Again'. In 2015 his dark Blues song Sleazy Hussy Fever, appeared in the top 20 of a great USA song competition in which more than 200,000 original songs were entered. He was also highly honoured to be asked to open the 2009 Lancashire Haigh Hall Music Festival, an event that was attended by more than 11,000 people. In 2010 Elias.T.Hoth won the Manchester Radio stations 106.1 (now INXS Radio) Monsters of Rock original band competition, with his Let Sleepin Demons Lie album single, Hex on You. In this current year, 2017 Elias has been revisiting some of his old material. These include a new live album with material from the Confession with the Devil album, entitled Elias.T.Hoth, Live and Lethal. This was released in April of this year. Then in June his new venture, an acoustic album was released, entitled Sickle and Scythe. This is a 10 track acoustic album which puts his original rock material in a new context and perspective. And he still has further albums up his sleeve! For more information, please do check out his website www.eliasthoth. This will give you more news, profiles, gigs, events and sample tracks. Also on as Elias Titus Hoth and www.cdbaby for ordering his music. If you require even more information after that simply Google Elias.T.Hoth. Finally, you can both see and listen to his studio and live music on YouTube. ENJOY!

All rock and blues music

band is in transition and incorporating new members