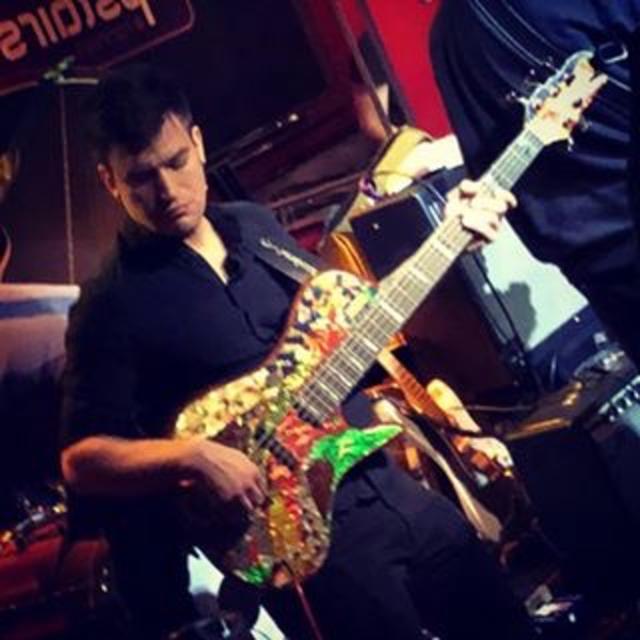 Born and raised in Parma (Italy), he embraced his first bass guitar at 9: he took a few lessons but emproved his technique throughout the years.

In his ongoing career he had the chance to perform in prestigious venues across Europe, like Gran Teatro Geox (Padova), PalaDozza (Bologna), Ronnie Scott’s Jazz Club (London) and others.

His bass technique is based on funk and rock music: inspired by masters such as Marcus Miller and Alain Caron, his technique involves slap, double thumb and rhythmics with ghost notes. Occasionally he plays a fretless J bass in jazz/fusion situations.

Endorser of Jacoland basses, he is the proud owner of the St. Jordi 's Dragon, his first handmade bass inspired by one of the most innovative architects of the last century, Antoni Gaudi.

Actually living in London, working with local artists. On March and April 2017, for the first time in his life, he recorded with SIMONE band and Farrago at the Abbey Road Studios, achieving a long time dream.