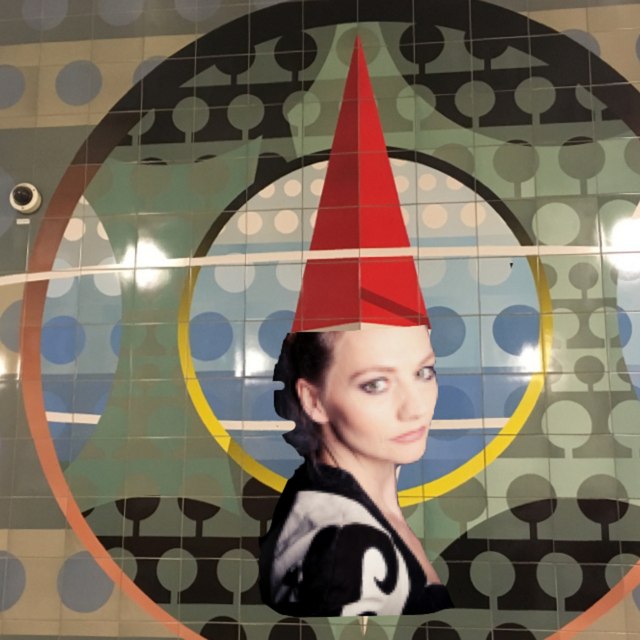 Ephemeral sonic experiences are my expertise= vocal performance. With a background in music-theatre and choreography for me music is a live event and a listening event. I am a member of a Pauline Oliveros deep listening group and associated with the Hackoustics London. Musique concrete, middle eastern storytelling, kraut & punk drive my creations of sonic song-landscapes. These I perform with my homemade instruments, other custom or new makers instruments, my own samples, field recordings and voice. Witnessing the planets destruction and empowerment are the creative motors of my creative endeavours right now.

Over the years I had several solo projects, three longterm dos, play in a few ensembles, have an ocassional impro group. I also do voice over, radio works and work as a professional actress and dancer.

I usually perform regularly live in both the UK and Germany and made appearances on Radio 3`s Late Junction, BBC introducing, Radiophrenia Glasgow... received a special mention from WISWOS woman in sound and the Francis Chagrin Award.

Beside my own (tree-trunk-bass, passion-fruit shakers..) I play instruments by a few makers, some of which are represented here like the Flairdrum, mini-mu, microphonic soundbox and my self-build Yury Landmann 12-string Homeswinger and Steel On Foam. In the lockdown I started hacking kids toys and am about to put a Jaspers Wasp Synth together at home. I love creating for inventors and lockdown has highlightened the value of collaboration. I publish a few albums with independent labels. I look for playing and singing in bands and form my own new collaborations.

Instruments: self build 12-string homeswinger by yuri landmann, steel on foam, simmons sds8 drummashine played with tapeloops or 5 mics and voice, single string bass, several self-build synths (noise nails, jaspers wasp, knitted fabrics step-sequencer, noisy pompoms), Marimbula (bass Kalimba and wooden drum), circuit bending beginner, using amplified objects as instruments in my theatre shows (thats my other profession, I write and produce music theatre in germany every now and then and work as an actress here and there to pay the rent).