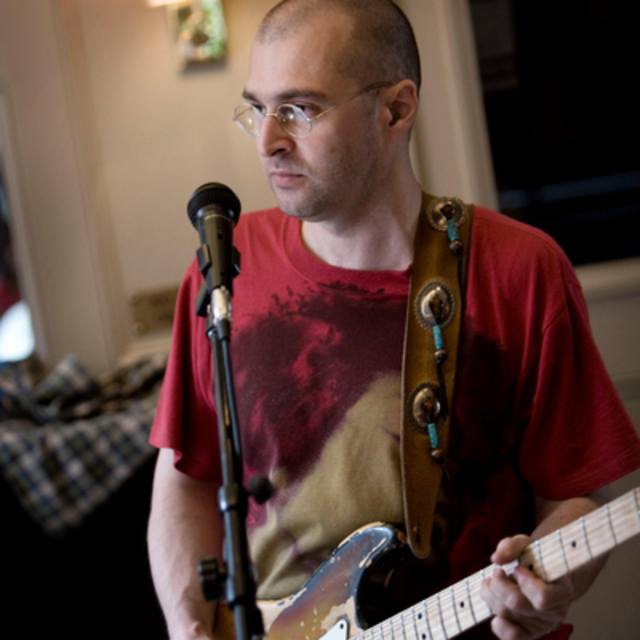 Emanuele Fizzotti, now living in London, is one of Italy’s foremost blues/rock guitarists and also one of the most versatile.
Having turned professional in 1983, he spent a year (1988-89) studying guitar at the “Guitar Institute of Technology” in Los Angeles.
His teachers included Scott Henderson, Joe Diorio and Carl Schroeder (pianist with Frank Sinatra and musical director in Sarah Vaughan’s band).
After graduating “with honours”, Emanuele played as a session guitarist at the “Shanghai Recording Studios” in Hollywood, working with Mike Carnevale, sound engineer with Eric Clapton, Greg Allman, Jeff Beck and Keyth Richards.

Back in Italy, Fizzotti formed a rock-swing-r’n’b group called “Zip Fastener”.
The group played at “Sanremo Blues 1991”, one of the most prestigious music festivals in Italy, and also has one CD to his name.
Since 1990 Emanuele started playing acoustic and electric guitar on jingles for important TV ads.

In 1992 he joined and toured with Cristiano De Andrè’s group.

During breaks between touring with De Andrè Emanuele played with one of the best Italian bluesmen on the scene: Fabio Treves, a harmonica virtuoso.

Between March 1995 and the end of 1997 Fizzotti wrote for “Axe” a guitar magazine.
Now he writes for “Chitarre”, another popular guitar monthly.

In June ’96 Emanuele returned to L.A. to attend ten weeks of “GIT Encore Program” and took lessons from Scott Henderson, Steve Trovato, Nick Nolan and Paul Hanson.
He also toured and played gigs in and around L.A. with various rock-blues bands.

Back in Italy towards the end of ’96 Emanuele started again recording and touring with “Zip Fastener”, “Night Train” (a 4 piece rock cover band) and “The Rovers” (a tribute to Led Zeppelin).

In May 2000 he formed the blues band “Melody Makers” with Attilio Gili.

In the Fall of 2001 Casm Records/More Sound released their debut CD which contains 9 self penned songs and 4 covers.

Since then, the Melody Makers performed in important International Blues Festivals.
Their next CD, “Movin’ On”, was released in October 2004 on “New LM Records”, a Ravenna based indie.

In June 2005 He formed the band “Psychedelic Sunrise” which pays tribute to Jimi Hendrix, guitar legend and 60s icon.

At the end of the same year Emanuele recorded an educational DVD called “Playing in the style of Jimmy Page”, in which he analyses the playing style of Led Zeppelin’s famous guitarist. Published by Playgame Music, this DVD is part of a series called “Guitar Legends Styles”, in which famous italian guitarists such as Massimo Varini and Alessio Menconi analyse in depth the styles and techniques of legendary rock guitarists. Playgame also produces videos in which estabilished guitarists such as Andrea Braido, or world-famous guitarists such as Frank Gambale (one of Emanuele’s teachers at the Musicians Institute) explain their own particular approach to the guitar.

In 2006 he joined the rock’n’roll/rockabilly band “The Clips” as guitarist and lead singer.

In January 2007, he started composing and arranging jingles and soundtracks for Rockhattle Music(an Italian indie) also playing various string instruments (such as banjo, mandolin or charango), bass and guitars.

On the 13th of October 2007 Psychedelic Sunrise played at the “International Jimi Hendrix Festival” in Budapest.
Their performance at the festival was broadcasted live on Civil Radio FM98, one of the most important radio stations in Budapest reaching up to 2 millions listeners.

In November 2007 Emanuele and Marina Schiavinato played at the “San Babila Theatre” in Milan with Carmelo La Bionda (famous Record Producer and disco dance artist who recorded many a hit such as “One for me one for you” with “I Fratelli La Bionda” and who wrote the soundtracks for several movies with Bud Spencer and Terence Hill).

In February 2009 Rockhattle Music released “Out To Play”, Melody Makers' third CD.
The album, also on sale on many on line stores such as iTunes, contains 12 songs written by Fizzotti (one together with Marina Schiavinato) and 3 covers.

On November the 27th 2009, to celebrate Jimi Hendrix’s birthday, Psychedelic Sunrise played at “Charlotte Street Blues”, one of the most prestigious Blues Clubs in London.

At the end of the same year Rockhattle Music released “Guitar Sounds” (also on sale all over the world on many on line stores such as iTunes).
In this work, which contains only original compositions, Emanuele shows all of his versatility ranging among musical styles as different as blues, hard rock, jazz, country, pop, world or experimental music and playing electric and acoustic guitars, bass, keyboards, mandolin, 5 strings banjo and charango.

In July 2010 Jim Simpson (head of “Big Bear Records”) invited Emanuele to play at the “26th Birmingham Jazz & Blues Festival”.
Big Bear Records grew out of Simpson's production company which has steered Black Sabbath through their first three years and the best 3 albums of their career.

During the Festival he also played with Mike Burney, one of the best saxophone players on the British Jazz scene, who started off his long musical career in 1968 with Billy Fury, has been a member of Wizzard and has toured, accompanied and sessioned with, among the others, artists such as Steve Winwood, Chaka Khan, The Beach Boys, Sammy Davis Jr., Dionne Warwick, Petula Clark, Bob Hope, Cliff Richard and Cilla Black.

Emanuele was also interviewed and played in live connection from Birmingham to Atlanta in the US on WRFG Radio (Radio Free Georgia) during the program "Good Morning Blues" hosted by UK Bob.