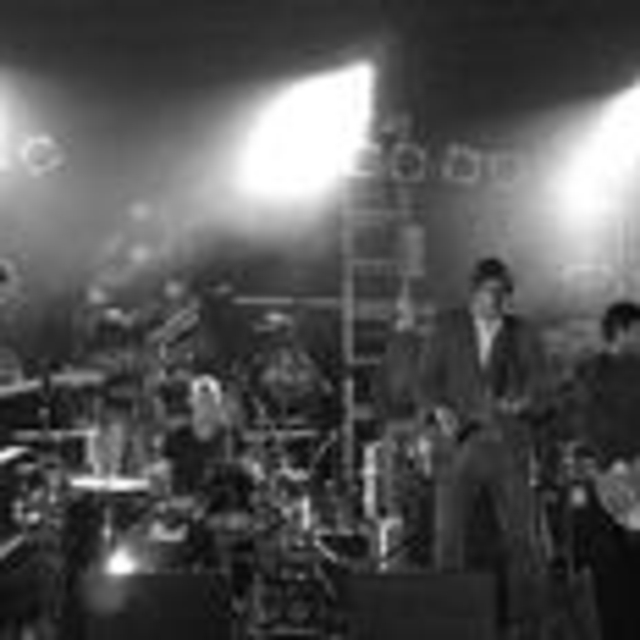 What is progressive indie? The sound of Nick Cave rhythmically sodomising Neil Finn to The Mars Volta? Perhaps. Or maybe the noise a chainsaw wielded by Noel Coward would make as it cut through a privet hedge? Whatever it is, Southampton four-piece Dead! Dead! Dead! do it well, and are garnering favourable reactions from all who have heard their music or seen their visceral live shows.

Dead! Dead! Dead! are now in their third year of being a band, and have achieved a great deal together. The two self-released four track EPs proved very popular, both selling out within a few months of being pressed. Not bad considering the 1st was limited to 500 copies and the 2nd to 1000. People liked it. Steve Lamacq, John Kennedy and Phil Jupitus certainly did and often play Dead! Dead! Dead! on their radio shows. Following all this, the debut single ‘George Lassoes The Moon’ was released last year through Indie label Tough Love Records, to much critical acclaim.

On the live stage is where Dead! Dead! Dead! really come into their own. With three D.I.Y. national tours under their belt and another planned for later this year, as well as a huge list of memorable shows with bands such as Arctic Monkeys, Delays, Battle, Ash, ¡Forward Russia!, Jamie T, The Young Knives and Tom Vek.

Dead! Dead! Dead! are fast becoming the band everyone is talking about.

“…[they] won’t disappoint any ‘next big thing’ bandwagon-humpers among you. D!D!D! will rule the world, it’s a matter of when not if.”

“…coming on as typically English in its sadistic eccentricity as slipping arsenic into your PG Tips. It also begs the question why this lot are a secret so well kept for so long”

“…Someone once described the songs of The Wedding Present as a “noise like a heart snapping”, well, Dead! Dead! Dead! are the sound of that heart coming back to life and snapping all over again with a smile on it’s face…”

Screen name:
D!x3
Member since:
Mar 29 2007
Active over 1 month ago
Level of commitment:
Touring
Years together:
3
Gigs played:
Over 100
Tend to practice:
More than 3 times per week
Available to gig:
2-3 nights a week
Age:
43 years