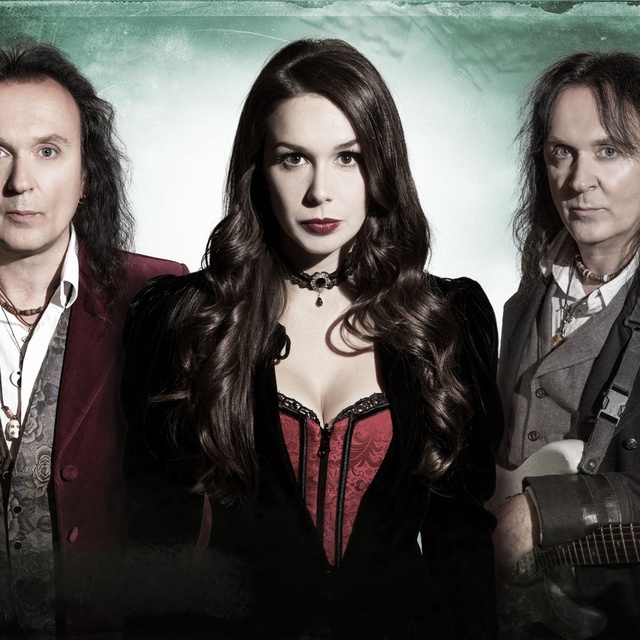 A band born out of ambition, determination, and a burning desire to create great music!

Song writing twins Mark Owers (guitar) and Steve Owers (bass), hailing from the south coast of the UK, on forming their first band, Fury, signed their first record deal with Jet records and set out supporting AC/DC, no less, on one of their first ever tours.

The lifespan of Fury was a brief one and the brothers went on to form a new outfit and recorded some tracks with respected producer, Robin Black. The new line up performed a showcase gig in front of the legendary Atlantic Records mogul, Ahmet Ertegun. Ertegun immediately commented on the strength of the songs he heard, although he believed the powerful, anthemic music they were creating required a style of vocal different to that of the then frontman. Therefore, the twins began searching for the perfect voice to deliver their music.

After much searching they settled on vocalist Steve Grimmett. The new band, now complete, was christened Lionsheart and their debut album released on Music For Nations, receiving the kind of critical acclaim rarely seen since the halcyon days of rock in the mid 1980s. The album sold reasonably well across mainland Europe and especially in Japan.

Off the back of the initial response to the release, the band continued to play live and make plans for the future. However, all was already not well within the Lionsheart camp. The brothers decided that enough was enough, as far as they were concerned, bearing in mind they had put Lionsheart together, it was the end for the band.


And so it remained for some years until the twins, armed with a stockpile of newly created, classic rock songs, decided they were ready to enter the music world again with a new band, The Psychics.

With Steve Owers fronting the new band as vocalist, the debut, self-titled album proved the siblings had lost none of their song writing abilities, the album containing ten, finely-crafted, classic rock songs, rich in melody and dynamics. Released initially in Japan on Marquee/Avalon and elsewhere via the Krescendo label, the album received its fair share of positive critical acclaim.

Buoyed by the warm response by those who welcomed them back into music, Mark and Steve prepared songs for a follow up album; another collection of powerful, hook-laden, anthemic classic rock songs were worked up. However, the thought that it wasnâ€™t exactly what and how the twins wanted to display their music nagged away in their minds, although they couldnâ€™t quite put their finger on what it was.

In the meantime, the Owers brothers had embarked on what was to be their most challenging and ambitious project to date and a radical departure from their usual modus operandi. As they worked on the material for this project, they realised that a female voice would be needed on some demos, so they asked around their musician friends to help find someone would fit the bill.

They found the right voice. And more.

Nell Montague-Rendall is the daughter of two respected and internationally renowned opera singers. A classically trained vocalist and accomplished performer in her own right, she was asked by Mark and Steve to sing a vocal for one of the aforementioned demo tracks.

While listening to a playback of that demo it became clear in an instant not only what a singer Nell is, but also that this was what, and more importantly who, they were looking for; The voice to help deliver their unique brand of powerful yet melodic rock in the best way. The right way.

Nell's vocal influences were, and still are, Mum and Dad; her musical influences came from the stages of Covent Garden and Glyndebourne, not The Marquee or Madison Square Garden. And yet, there was something about the music of the Owers brothers that fired within her a passion to perform these songs in her impressive, intoxicating manner. The girl destined for the theatre found her true calling in the carefully constructed, powerful, Owers brothersâ€™ music.