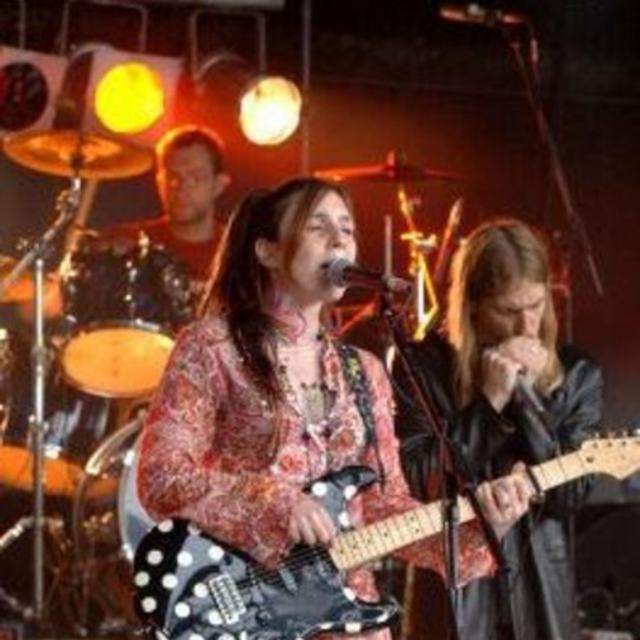 I'm now in desperate need of a bassist for my Uk tour dates. have a look at my gigs on my website - there's alot there and the list is growing all the time! www.daniwilde

My album's coming out in jan 08. I'm having to record the album in the states with an american band. Then next year i'm gonna be doing two months uk gigs followed by one month in europe with a different band, and so on throughout the year!

Eventually (in over a years time) i would get to take my uk band to tour europe and america to but for now its not financially viable. The uk tour and album promotion will be promoted by GFI Promotions - They will be getting me in national blues magazines and also will get us some good radio slots including doing the paul jones show on radio2!

It should be a great experience!

Please, please consider this! It would be great fun. we'd be going as four piece with myself on guitar and vox, my brother on harp and a lovely guy on drums called alan taylor! We're getting a van in january to pile us and all the gear into.

Okay, i've done my best at persuading you! Obviously if you did want to join i would need full commitment ie dropping everything and putting my gigs as number one priority!

If your not up for it can you reccommend anyone else???

Screen name:
daniwilde
Member since:
Sep 14 2007
Active over 1 month ago
Level of commitment:
Touring
Years together:
4
Gigs played:
Over 100
Tend to practice:
1 time per week
Available to gig:
2-3 nights a week
Age:
35 years