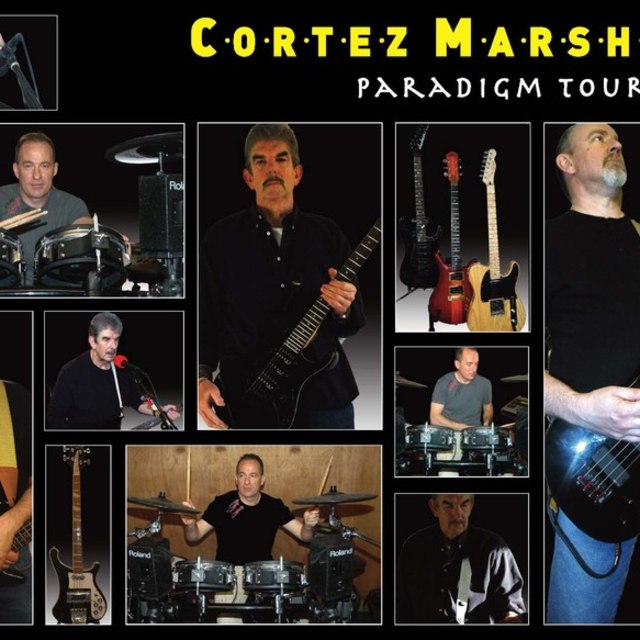 Following the demise of M-16 in early 1990, Neil Marshall decided to take a year away from music to re-focus on “why I was doing it in the first place”. That one year became seven as personal circumstances took over, shifting the focus away from music. It took a close friend’s badgering to convince Neil to take the plunge once again. A quick scan of the local advertiser offered one phone number, that of Phil Cortez. “As soon as we started talking it was obvious that we were both reading from the same page. Our musical likes and dislikes, influences, direction, focus and what we wanted from a band were so similar that I think it was pretty obvious to both of us that we would be working together”. A three piece format was mutually favourable so the question of a drummer was answered by the arrival of old acquaintance Paul Elliot. That unit, called ECG, lasted for about a year before Paul decided to move on. The drum stool was soon filled by Don Shaw who fitted in perfectly and added another dimension to the sound as well as augmenting the writing process. Now called Paradigm, the band played gigs across the Surrey/Sussex area, gaining praise for their songs and the power of their live sound. The band lasted for about four years before fragmenting due to personal differences with Neil and Phil again without a drummer. Fortunately, a young up-and-coming drummer called Ben Thomas stepped into the breach and gave sterling service in keeping the unit functional in the interim. However, with his own musical commitments Ben would never be permanent, so the search started once again. Happily the search was brief as in came Chris Parker. Says Neil - “Phil and I have been very lucky in having been able to work with some very fine drummers and Chris is no exception”. So, what of the future? New material is high on the agenda, followed by gigs and a self-financed CD album, possibly ‘live’.