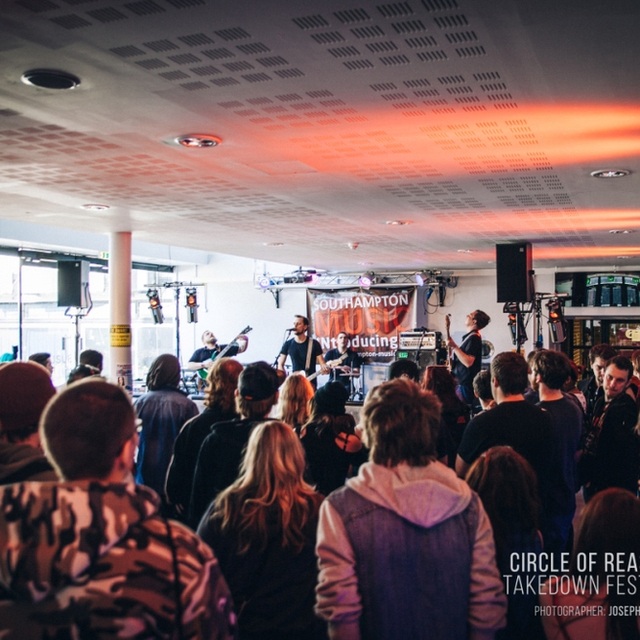 CIRCLE OF REASON
“This is truly hard hitting material for a debut EP” Big Cheese Magazine
"5 Assured and and sincere tracks, Loud and forceful with fearless intervals of beauty, it's an organic collection of alternative, prog infused tracks that seem like a rare jewel in today's rock crown" Powerplay Magazine
'one of the most thrilling emerging bands in UK rock and with you feel so much more to come. Really it’s hard not to be excited about this band” Ringmaster Reviews

Forming in 2011, Circle Of Reason are a 4 piece prog-fused/alt/hard-rock band hailing from the South West of England.

Drawing upon a wide range of influences from the likes of Mastodon, Biffy Clyro, Muse, Smashing Pumpkins, Deftones and QOTSA, yet retaining their own unique and diverse twist of alternative hard rock, Circle of Reason are recognised for their hard hitting riffs, soaring choruses, intricate song arrangements and impressive versatility in their songcraft and musicianship. Pulling listeners into a journey from beautifully melancholic to the depths of metal-edged hard rock, the band deliver a musical twist that appeals to a wide audience of rock music fans.

Making waves since the debut release of their 'A Favour For A Stranger' EP in 2012, Circle of Reason immediately gained the early approval of Kerrang TV, Scuzz TV, Lava TV & Big Cheese Magazine along with the continued support from online rock/metal press and radio in the UK and far beyond. Showcasing their much gentler, melodic & mellow side, Circle Of Reason ended 2013 with a surprise release of un-heard material that formed their 'Yesterday Already' EP.
Breaking into 2014 with the release of their (now on Scuzz TV rotation) video single for 'Themes Amongst Thieves', Circle Of Reason have spent the year extensively performing across the UK to promote their EP release 'These Hands & This Mind'. Their success as a band who can deliver on the live stage, has earned them support slots with the likes of
Feed The Rhino
Marmozets
Neck Deep
Inme
Girlschool
Lafaro
Fighting With Wire
Freeze The Atlantic
Steak Number Eight
The Smoking Hearts
From the jam
The Temperance Movement
Landscapes
Idiom
The Afterparty
Rumer
ESO
Attention Thieves
Snakecharmer
Verses
Zico Chain
Breed 77
Kerbdog and many more
and perform at numerous festivals including Takedown Festvial, X-Treme, Rock Diabetes, Kerrang Radio Summer Festival, Gosport, Keynsham and Weyfest.

Screen name:
Circle Of Reason
Member since:
Mar 05 2011
Active over 1 month ago
Level of commitment:
Touring
Years together:
4
Gigs played:
Over 100
Age:
32 years