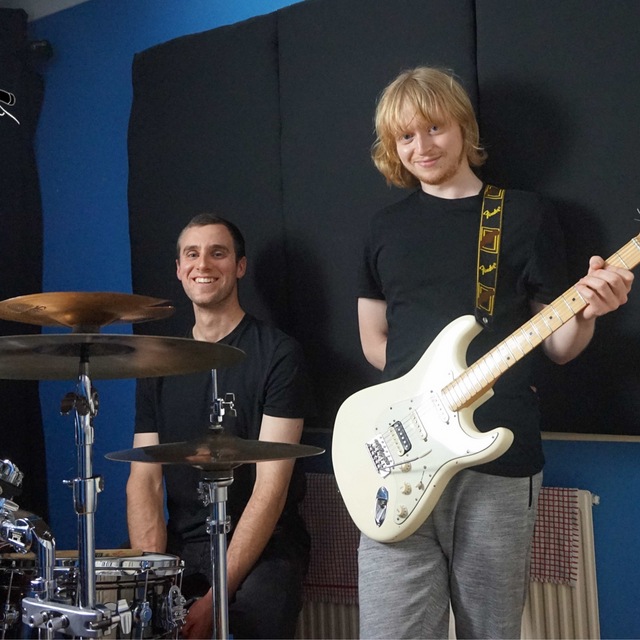 We are seeking the following:

We're looking for people of a similar age group, between 20-30.

At the moment it's just me and the drummer, and we are desperately in need of a bass player more than anything, but if you are interested in any of the above roles please get in touch!

Our last album was very classic rock influenced, but we've moved on since then and the music we are currently working on is different in tone.

Someone has described our current sound as being "like a dialled back grunge/rock. Like a softer smashing pumpkins."

We record our music at our home studio, but have recently started outsourcing the mixing/mastering process.

Mainly we are looking to get a new line-up that we can gig with, as it is not viable with just the two of us!

We are in the midst of recording new music, and I am more than happy to send you the mixes of the songs we are currently working on. (see details below on how to get in touch). That way you can see if you like our current sound.

I would stress though that we aren't set on one particular style or anything like that. Sometimes the stuff we write can be more Folk or Blues Rock influenced for instance.

We've been playing for a long time and each member of the band has plenty of experience playing live. We have all the equipment needed for gigging and rehearsing, and a flexible schedule.

If this sounds like something you'd be interested in, get in touch with us. The best way to contact us is via email, but I'll leave all our details below!

You can also visit our website to learn more about the band:

Someone has described our current sound as being "like a dialled back grunge/rock. Like a softer smashing pumpkins."

Artists we are fans of:

Everything we need for rehearsals and gigging, plus a home studio in which we record our music.