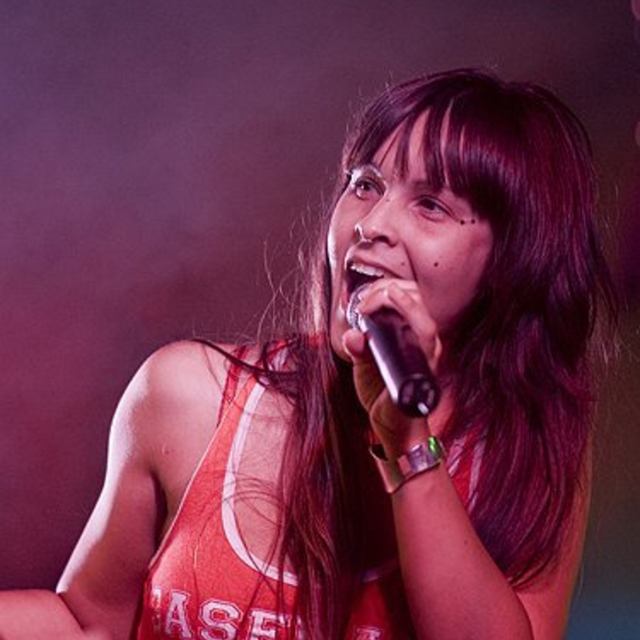 Singer, compositor, dancer and music video producer. She was born in Vitoria ( Spain), and when she was just 5 years old, she started with the dance. She always admired everything about black music, Funk, Soul, Hip-Hop, R&B, Jazz… She begins collaborating with Ortophonk band, when she was 21 and she collaborated in the Massala Films Album, with Nando De La Casa as a producer.
Later, she travelled to Valencia to become Instructor of Funk and Hip-Hop. After finishing the studies, she went to Málaga, where she recorded the first album, “In Red, In black In White”.
Return to Vitoria, she collaborated with different bands and vocalists. But what she wanted was to have her own band, and thus, appeared “La Fank Fea”.
Her style offers a power and characteristic style, thanks to the music that she heard during her childhood, as Michael Jackson, Stevie Wonder, Erikah Badu, Jill Scott, Jurassic 5, among others.

After playing in the Vitoria and San Sebastián Jazz Week, and in different Spanish cities, she decides to try her luck travelling to London. After 5 years. She came back to Spain.

She has collaborated with Mr Absolutt in his new -
Susana ESTRADA Cosmic Edits vinyl at Juno Records.
She made the song for a women's basketball club in Spain.
She made the voice and lyric for the Commercial Ad of Chivas Regal Whisky US and UK. Spanish Passion.

And she is part of the bands “Backwards”, “Wrong Beauty” and Hiruburu”