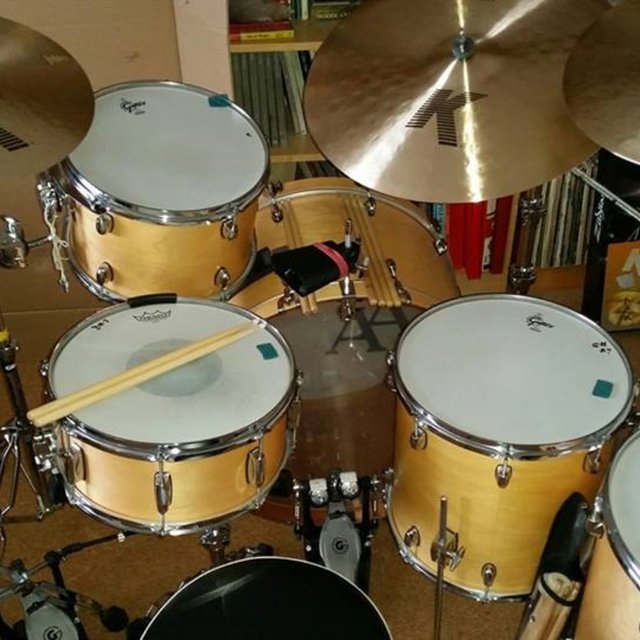 Bedfordshire based - Drummer from mid to late 60's who after quite a bit of, how shall I say, " Playing In The Band " stepped off the tour bus when I got married. I've raised my family and since retiring I now have time on my hands, literally with the drums. Wants back into the scene mainly for fun but also committed to play and do well.
Bought a set of drums late 2016 and has been trying to get his hand in once again. Think it's coming back and has joined with mostly like minded souls. Playing Chicago Blues and would like to cover a few more of the other blues artistes.

Gretsch Catalina - Up to 6 piece kit and full set of Zildjian A's and Zildjian K's. Ludwig Breakbeats Kit for the smaller venues.